Review: The Truth About Us by Janet Gurtler 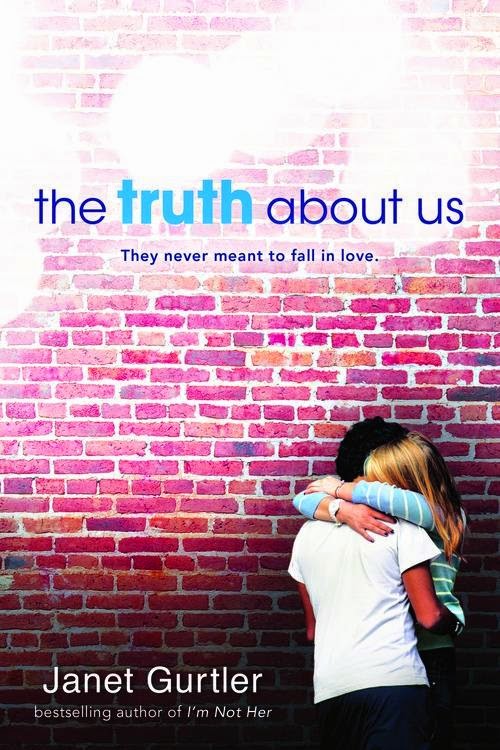 The truth is that Jess knows she screwed up.
She's made mistakes, betrayed her best friend, and now she's paying for it. Her dad is making her spend the whole summer volunteering at the local soup kitchen.

The truth is she wishes she was the care-free party-girl everyone thinks she is.
She pretends it's all fine. That her "perfect" family is fine. But it's not. And no one notices the lie...until she meets Flynn. He's the only one who really sees her. The only one who listens.

The truth is that Jess is falling apart – and no one seems to care.
But Flynn is the definition of "the wrong side of the tracks." When Jess's parents look at him they only see the differences-not how much they need each other. They don't get that the person who shouldn't fit in your world... might just be the one to make you feel like you belong.

*Publisher approved via Netgalley in exchange of an honest review.

The Truth About Us was quiet an interesting read. I could understand and relate to the main character, Jess, from start. Her family was the epitome of dysfunctional, and no one seemed to be addressing any issues. Of course she'd try to release her pent up problems in ways she shouldn't. In my opinion, she was releasing her pent up sorrow the best way she could, even if it wasn't really her, and she was only looking for a way to avoid what was happening in her home.

I liked the message in this story; not everything is perfect because you have money and live in a nice house with fancy cars. Rich people have problems too. In Jess' case, she was often pre-judged based on where she lived and what she came from. No one really knew what was happening behind closed doors. It's for that main reason why I didn't warm up to Flynn at first. I get that he was in the opposite situation and was probably envious that she had so much, but his attitude when they first met was quite a turn off and made him seem like a jerk.

Speaking of Flynn, I liked that he worked so hard for his mom and little brother, and the fact that he was diverse. But there were times I wished he'd try harder for his relationship with Jess. She seemed to be the only one fighting most of the time, while he'd give up because it was easier to. There's no excuse to give up on love. None. But honestly, I wasn't really convinced by their feelings for each other. The one aspect of the story that grabbed my attention and held it was the issues Jess was dealing with and I wanted to know what happened to her mom to make her shut away like that. The reason was disturbing. I felt the emotions of the family and sympathized with them. And I was glad that in the end, some things were addressed and they were working to move on from it.

Overall, I liked the writing and pacing of the story. It might have been a little slowish in the beginning, but I was intrigued and wanted to learn more about Jess. I even smiled when she reconnected with an old friend. But that thing with Flynn towards the end, my gosh. It is the only reason why I didn't give the story five stars because I hated what he did and his excuse just didn't work on me. Still, kudos to them, and I'm happy that Jess finally felt like she was enough and could be happy for once.

A Rita Award Finalist and Crystal Kite Award Finalist, Janet Gurtler's young adult books have been chosen for the JUNIOR LIBRARY GUILD SELECTION and as BEST BOOKS FOR TEENS from the Canadian Children’s Book Center. Janet lives in Okotoks Alberta, Canada with her husband, son, and a chubby black Chihuahua named Bruce.