Welcome to the IFB stop on Ruth Silver's Isaura Blog Tour. This is in celebration of her third release in her Dystopian series, Aberrant. 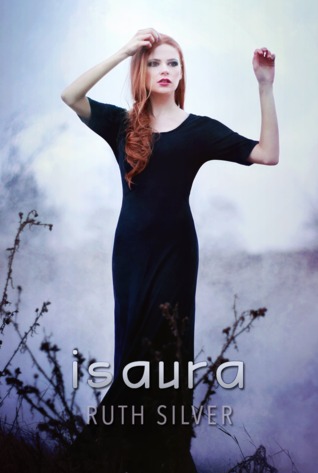 SECRETS WILL BE REVEALED.

Olivia has little choice but to head into the dangerous Gravelands, as the new government wrestles with fixing the damage to society. If traveling through outlaw territory isn’t frightening enough, Olivia learns she has exposed her secret and is hunted by those she trusted. In a race against time, her life and those she loves are in jeopardy.

My inspiration to become a writer and the obstacles I faced

Writing is the easy part. I’ve loved writing since high school. I started off with poetry, mostly about the boys I dated and the crap I went through with them. Teenage boys suck, plain and simple. I also loved reading fanfiction. I would read heaps of it in my free time. Eventually, I gathered the courage to try my hand at it. I found out that I loved it more than anything. Writing was fun. It was exhilarating. I was meeting new people, mostly online, but it was an experience like no other. I found something I was good at. I had friends that read my stories, and other friends that I wrote with.

So how did I go from geeky fanfiction writer to a young adult dystopian author? I love writing. Like I said, that’s the easy part. The rest of it, wasn’t so easy. I was running my own photography business. My favorite was shooting weddings, but I did some portraits, preschools, mothers groups and other events. It was fun, exciting, but also stressful. One day, out of nowhere when I was eating lunch, I had a hand tremor. It didn’t affect my ability as a photographer, thankfully. However, it did concern me. My grandmother, she had Parkinsons.

What started as a tremor turned into from one symptom, into two, into way too many. I was bounced around from doctor to doctor. Specialists couldn’t quite figure out what was wrong. I was assured that it wasn’t Parkinsons but they didn’t know what it was. They did an MRI, concerned it was MS. It wasn’t. They discovered my pulse was too fast and the next thing they assumed was thyroid. Every thyroid test came back fine. They put me on some medication to help with the tremor. Technically, I was already taking medication to help with my heartrate. In college, I used to pass out. Heck, in high school I was pretty much known for fainting. I never thought anything of it. I certainly didn’t think it was related.

You want to hear about obstacles? Oh there’s plenty of them. So the medicine made me lethargic. It was the first time I truly experienced writers block. I had nothing to say (in terms of words on a page). I felt drained, dead inside. I couldn’t function. I was exhausted. I went off the medication and my head cleared, but the rest of the symptoms now had developed. My pulse raced when I stood up. I went from the mid-seventies sitting to 126 standing. It was like running a marathon just walking around the house. I couldn’t stand heat. I’ve never been great with extreme temperatures, but if you ask me to go outside and it’s 85 out, I feel like I’ll die. No joke. I slow down when walking. I feel like my 93 year old grandfather. Hell, he walks faster than I do. My mind fogs. I can’t function in heat. To this day, I still can’t function in heat.

I was tossed between doctors. They found vitamin deficiencies. They blamed the tremor on B12. I had to start with shots to get my numbers up. Every week I had to visit the doctors office. Eventually, I had to give myself injections. When my numbers got up, the symptoms didn’t go away. Things were progressively getting worse. When I’d stand, I’d get hot. My stomach would hurt. I’d feel as though I was going to throw up. My body would tremble. I wondered if I was dying. If I had some rare disorder that would kill me, before I figured out what I had.

A physician saw me for a sleep study. He read my chart. In high school I’d been diagnosed with Vaso Vagal Syncope for fainting. We explained to him how some nights in high school, I’d wake up and couldn’t walk. I felt paralyzed from the legs down. I would crawl to the bathroom, screaming for someone to help me. To walk, I had to put one leg in front of the other. He looked at the diagnosis and told me flat out, “I don’t know what you have, but what you’ve described is not Vaso Vagal Syncope. You should go to the Mayo Clinic.”

Months later, I took a trip to Mayo. I’m so thankful my parents paid for insurance during all this time. I’ll spare you the long details of Mayo. I was there three full days of testing and a bill for $10k. Thankfully with insurance, my 20% bill got reduced to zero, because I had no income. At this point I’d already started Aberrant. My head was clear, but emotionally I needed an outlet. I’d heard a little of Postural Orthostatic Tachycardia Syndrome (POTS). I had some of the symptoms, the heart rate elevating upon standing, but the hand tremor I couldn’t figure out. At Mayo they diagnosed it as POTS, increased the beta blocker, gave me a secondary beta blocker if I needed it for wedding photography and then we went home. The hand tremor is part of POTS. Apparently doctors in Illinois don’t know this, even POTS docs. WTF. The reason for the tremor - POTS is like your body is in constant fight or flight mode. When you’re going to give a speech, what happens? You get nervous, so this is how you react: sweaty palms, hand shakes, heart races, voice quivers, stomach hurts. It explained my new symptoms. At this point I hadn’t done weddings in months. I wasn’t ready to close up business of my dream job, but I didn’t know what else to do. In the meantime I hired two associates to handle the weddings that I couldn’t do.

I went home from Mayo, with hopes that I’d be better. That the medication would be what I needed. For a few weeks, the feeling of hope helped, until well - it wasn’t enough. My heartrate hadn’t changed at all from the medication. I needed a doctor that knew what I was dealing with, and one that wasn’t in Minnesota. So, three months had rolled around, I asked other POTS suffers online and found out that a Neurologist specializing in Autonomic Disorders had justed moved to Chicago. He was a physician at Rush University. I called up, was delighted to get an appointment for the following month. By then, I’d finished Aberrant. I hadn’t quite known that I was going to get it published, but I was done the first book in the series. The story had taken shape based on my experiences. I knew that if there was any chance what I had was genetic, I didn’t want children. I could barely take care of myself. I would never want to bring a child into this world, that would experience what I was going through.

My appointment with the Neurologist at Rush was the first time I felt like someone listened to me. Mayo was great, don’t get me wrong, but they didn’t put together the reason I have this disorder. At Rush, I was explained things that never quite made sense. I had Ehlers-Danlos Syndrome. Mostly likely the hypermobility type. It explained why I can crack my arm and my neck without so much as trying. I have horrible scars from surgery and apparently I take forever to heal. I can sprain things by just sitting awkwardly, and the heat intolerance, it’s because of Autonomic Dysfunction (aka Dysautomia or POTS). My symptoms were a host of things that slowly, with each appointment were getting taken care of. I also learned I have Mast Cell Activation Syndrome (MCAS) which I still don’t quite understand. Other than I take the medication and I no longer feel like throwing up whenever I stand. (It has something to do with Histamines) II also don’t flush as bad as I used to. I still have rosy cheeks. I never need blush when I wear makeup. Naturally rosy, some people would kill for - I’d kill to get rid of.

After Rush, I slowly closed my wedding business, queried Aberrant and landed a publisher. At that point I knew the books would be a series and the next logical step was to become an author. It was something I loved doing and was capable of doing.

So, that’s my obstacle: Ehlers-Danlos Syndrome, Postural Orthostatic Tachycardia Syndrom, and Mast Cell Activation Syndrome. It’s what made me give up photography. It’s what encouraged me to write, and what keeps encouraging me to write more. 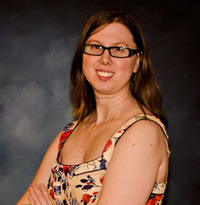 Ruth Silver first began writing poetry as a teenager and reading heaps of fan fiction in her free time. She has written under three unique pseudo names and penned well over a hundred stories.
Her love of writing, led her on an adventure in 2007 to Melbourne, Australia. Silver enjoys reading YA novels and sharing her favorite books with other readers. She runs her own book blog and also enjoys photography and traveling.
Her favorite YA genre is a mix of Dystopian & Fantasy which is evident in the upcoming release of her latest book, Aberrant. Slated for release April 2013 by Lazy Day Publishing, it is the first in a trilogy.