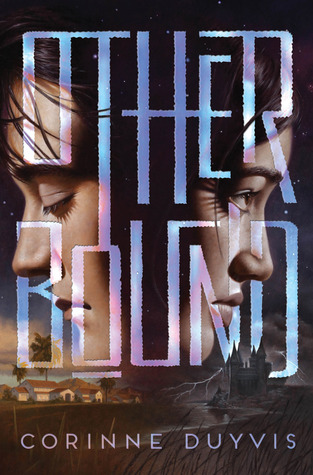 Synopsis via Goodreads:
Everyone has a theory about what’s wrong with Nolan. He has hallucinations. He has seizures. He has an overactive imagination. Or is what Nolan sees whenever he closes his eyes impossibly, fantastically real?

Nolan longs for a life uninterrupted. Every single time he blinks, he’s transported into the mind of Amara, a girl in another world. As a mute servant who’s tasked with protecting a renegade princess, Amara lives a life of magic and danger and pain; she’s completely unaware that Nolan can see through her eyes.

Until he becomes more than an observer. Until he learns to control her—and the two of them communicate for the first time. Amara is terrified. Then furious. She’s already spent a lifetime as property and punching bag. The last thing she needs is another force controlling her.

All Amara and Nolan want is to be free of each other. But Nolan’s breakthrough has dangerous consequences. Now, they’ll have to work together to survive . . . and discover the truth about their connection. 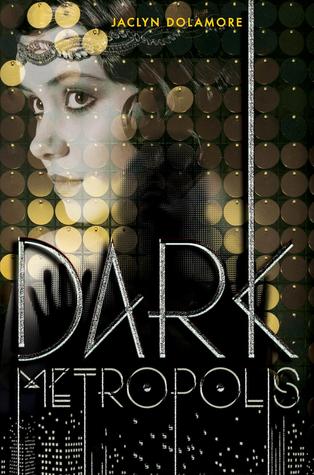 Sixteen-year-old Thea Holder's mother is cursed with a spell that's driving her mad, and whenever they touch, Thea is chilled by the magic, too. With no one else to contribute, Thea must make a living for both of them in a sinister city, where danger lurks and greed rules.

Thea spends her nights waitressing at the decadent Telephone Club attending to the glitzy clientele. But when her best friend, Nan, vanishes, Thea is compelled to find her. She meets Freddy, a young, magnetic patron at the club, and he agrees to help her uncover the city's secrets-even while he hides secrets of his own.

Together, they find a whole new side of the city. Unrest is brewing behind closed doors as whispers of a gruesome magic spread. And if they're not careful, the heartless masterminds behind the growing disappearances will be after them, too.

Perfect for fans of Cassandra Clare, this is a chilling thriller with a touch of magic where the dead don't always seem to stay that way.

I like the concept of Otherbound, aside from the fact that it kinda reminds me of the host, the story does seem interesting and I'd love to find out the end result in both characters's lives. As for Dark Metropolis, I'm sold. Not only is the time period appealing, I like the sound of magic and mystery. Not too happy with the sound that its like Cassandra Clare's series because I didn't enjoy the movie and doubt I'll pick the book up anytime soon, but Dark Metropolis does have my attention regardless.