Welcome to my stop on Paper Crane Books Blog Tour for Morgan Comnick's Spirit Vision. Check out the author's guest post below, and continue for the awesome giveaway! 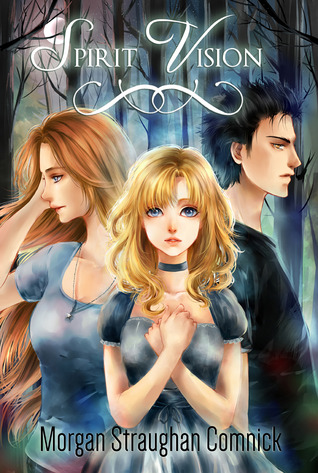 Synopsis via Goodreads:
If God gave you a mission, would you answer His call?

The Lord has given Stary, a high school freshman, a mission: extinguish the evil residing in the murderer of two teens—Maren and Umbra. Stary never imagined that her strange visions meant that she was the Spirit Warrior for God and now with her powers activated, she must train to use them and try not to get caught by the murderer who has the ability to hide and conjure up the dark powers from the fallen angel himself—Lucifer. If Stary fails, not only will she lose her life, but Maren and Umbra will lose their entry into heaven and the world will be exposed to the madness of the murderer for the next forty years until the new Spirit Warrior is born.

Inspire is such a powerful word, a strong emotion. It is meant to change outlooks, alter lives, set courses.  To give something inspiration, as a human being, is so special. It is even more of a miracle when it was not intended by both parties.  This is the sort of experience I had that led me to where I am today, the world of writing.

Barely fifteen, I was a normal, shy, studious girl trying to make my way through high school, setting up the pathway that would lead me into becoming an educator.  I had interests, one which was writing, but I found it to be a hobby; the paper was my tool to fuel this energy these stories in my mind gave me.  Sometimes I had to write things down before I would explode! I was given the title “The Queen of Details” by my wonderful sixth grade communication arts teacher, Ms. Horton for my use of descriptive words and imagery.  I felt proud of this name and continued to write in this style for the next three years.  Still, the thought that I could write a book never ever scratched the surface of my brain, tickled my nerve endings.  I was a decent reader at this point, but not a strong reader, making reading still a so/so activity.  I am told that writers are also readers. Back then, I would have never stood a chance.

Then, I had one loud, over the top, challenging language arts teacher: Mr. Banger. He would go into rants so passionate that his bald head would turn red.  He was not afraid to talk straight with us and he was tough on his grading.  One day, out of the blue, for that was how he rolled, he declared he was going to write a book. We dismissed it, like several of his other declarations. He came to me and told me, “You would be a fantastic book character for my novel Morgan!” I laughed at this, but his eyes were so bold, so bright, so full of sincere honesty that it triggered the question in me: “If he can write a book…Why can’t I?”

Remember that path I was starting to walk to be an educator? Well, suddenly, I was blindsided, walking smack into a door I had no idea was there. I saw stars. I fell hard on the ground. But, I could not ignore this door and where it led, how it would connect to my education path.  Without Mr. Banger, I never would have been able to see that door. Still, I did not open it just yet.

I had reading class as an elective class that year. It was simple; read so many books in the semester and get an A.  That year, in our Mark Twain (state award) book section, I found a common theme of ghosts and spirit stories where they interact and sometimes fell in love with living humans. I read two after hitting that door: Starry Sky and Spirit of the Heart.  I remember them vividly. Those books got my mind racing, fueling my imagination that was always on, weaving a tale on its own.  It was easy, piecing together like a puzzle. Within two weeks, all the plot lines in my book were in my head, ready to be expressed and shared with the world.

I finally opened that door and a bright, inviting light welcomed me. I grinned and stepped forward into this world of writing, never looking back.

The people in my life became characters. My favorite video game at the time, Sonic Adventure 2 for the GameCube, molded examples of relationships I needed. Rooms in my school became locations in my work and I wrote from the point-of-view of a freshman, being I was one (I figured I had the mind of one down).  New characters popped into my head like a flower revealing itself from the soil, making themselves a part of this craft.  My love for spirits shined throughout my writing stages.  It all came together without me really realizing it. It was my story and yet it was not. It was my world and yet a fantasy one. It was an expression. It was life; I was a story.

The names were simple. I was obsessed with stars at the time from my favorite anime, Cardcaptor Sakura. So, when I heard my little brother had a girl in his class named Stary, I knew it was fate! I added the name Moon later to it to be ironic.  Maren was refreshing, like a breeze on the sea and her name means star of the sea. Umbra was Shade for a while, but I did not want people to confuse him for Shadow from Sonic, so I changed it to Umbra, the Latin word for shade.  All the names have meaning to them and some came right away, like Stary, some much later, such as Credence, Stary’s crush.  These characters became a part of my friend circle, my family, an extension of myself at times.  They like to boss me around and make me feel things. For imaginary people in my head, I find that odd, but without them, there would be no story, no happiness I have from writing a story, their story.

The title for Spirit Vision came from the spirits in the book and how I wanted to allow Stary to see spirit writing or ectowriting.  I supposed at the time that she would need spirit vision to do this and, well, the name was born! Sadly enough, this all came to me while washing my hands in the girls’ restroom at school! Inspiration goes by the rules of location, location, location!

I am pretty far in my education path, although still looking for a full time teaching job. But, I never gave up on writing. The door follows me.  It is a comfort when I need it and sometimes a blockade or a thorn in my side, but what pathway does not have some bumps in the road? I am grateful I can have teaching and writing. They do not mingle all the time, but sometimes, when I am not looking, they form a beautiful meadow just for me, together, telling me that I have a home in both worlds.

It took me a while to finish my book and about just as long to find a company who believed in us as much as myself and the characters believed in our work. I have been touched, inspired by a teacher, my surroundings, the real life characters in my life, other writers, and my own never-slowing-down-for-a-second imagination. I am lucky to have so many wonderful guides for Spirit Vision. I always want everybody to follow their dreams and I instill that in my students. Who knows? Maybe one day, I will have the honor of inspiring someone to write a masterpiece…

Thank you so much for having me. You can find more answers to more questions about my work, the writing process, and myself in the back of Spirit Vision in the Q & A section OR you can go to my website, http://morganscomnick.com to learn more. 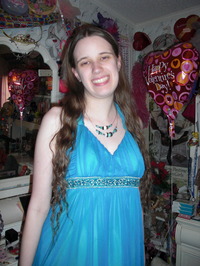 About the Author
Educator of young minds by day, super nerdy savior of justice and cute things by night, Morgan Straughan Comnick has a love for turning the normal into something special without losing its essence. Morgan draws from real life experiences and her ongoing imagination to spark her writing. In her spare time, she enjoys doing goofy voices, traveling to new worlds by turning pages, humming child-like songs, and forcing people to smile with her "bubbliness." It is Morgan's mission in life to spread the amazement of otaku/Japanese culture to the world and to stop bullying; she knows everyone shines brightly.