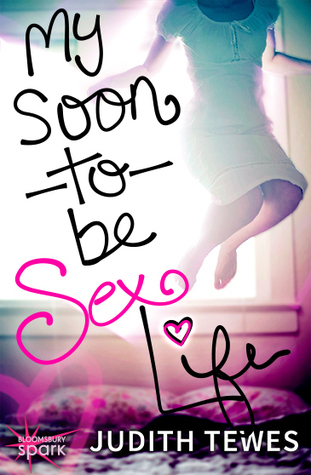 Charlie is down to her absolute. Total. Last. Resort.

Despite a thoroughly comprehensive list of potential cherry poppers, er…suitors, and careful plotting, Charlie is three weeks into her devirginization campaign, still untouched, and getting desperate. In the movie of her life, this aspiring screenwriter is giving herself a PG, for please, get some.

Her project goes into freeze frame when her mom checks herself into rehab and packs Charlie off to live with her estranged, or just plain strange, grandfather, Monty. How is she supposed to get a date when she has to go pick up his Depends?

Enter Eric, a hot rehab grad on the road to redemption, and the only one who can make Charlie rethink her strategy. The more she gets to know him, the more convinced she becomes that is the one, and not just another to add to the list of people who will abandon her.

In this hilarious and heartbreaking story of one girl’s detoured road to womanhood, Charlie’s list develops a life of its own – right when she realizes there’s so much more to lose.


*Approved by publisher via Netgalley in exchange of an honest review

I saw the title and figured this would be an interesting read, so I decided to request it on netgalley. I was really excited when I got approved, because I've been looking for a story that's not only quirky, but will pick me up out of my 3 star zone. Sadly, this book didn't. It's not that I didn't like the story, I liked it somewhat because the character was sarcastic, funny and witty. My issue is that it didn't pull me in as much I'd hoped. I didn't feel the fireworks.

From the blurb, it does state that her mission to lose her virginity gets put on hold when her mom decides to take care of her addiction, which is understandable, but I would have loved for there to be more moments when she was with her mom so that we could hear more about their issues and the hurt she dealt with in the loss and betrayal of Charlie's father. I know it's not really about the mom but it would have given me a better understanding of her character. Her presence wasn't really felt, even when she was in the scene. That's just me though.

I also didn't fall too much in the romance part of the story. Eric didn't give me the feels, but I am happy that Charlie realized the importance of being with someone you cared for instead of just going into a situation where she wanted to have no feelings only to get rid of her virginity.

As for Charlie building a relationship with her grandfather, I didn't get why there was a rift between them to begin with because of how Monty easily allowed her to stay with him. No complaints. Then again, he's not in his right mindset at present and really did need the help. Still, I would have liked to learn more about his character and what really caused him and Charlie's mom to end up with a distant relationship like that, but I guess it's not that big a deal to dive into every single detail.

In regards to other characters, I did enjoy Roach and Grace (although she wasn't around much). Both were interesting individuals. I appreciated Roach's character because I could relate somewhat to her family dynamics and being under so much pressure.

Overall, it was an interesting story, just wasn't as epic as I'd hoped it would be. Still, if you're looking for a quick read with snarky writing and a less than squeaky clean character, then this one is for you.

Judith Tewes - author and screenwriter - resides in small town northern Alberta, where she: writes, sings, plays bass guitar in an all-woman band, walks her three crazy labs, and suspects she's living the life of a superhero's alias. Her edgy, contemporary young adult fiction is full of heart with a side of snark.

She also writes paranormal YA under the pen name, Judith Graves.