BOOK BLITZ~Dia of the Dead by Brit Brinson 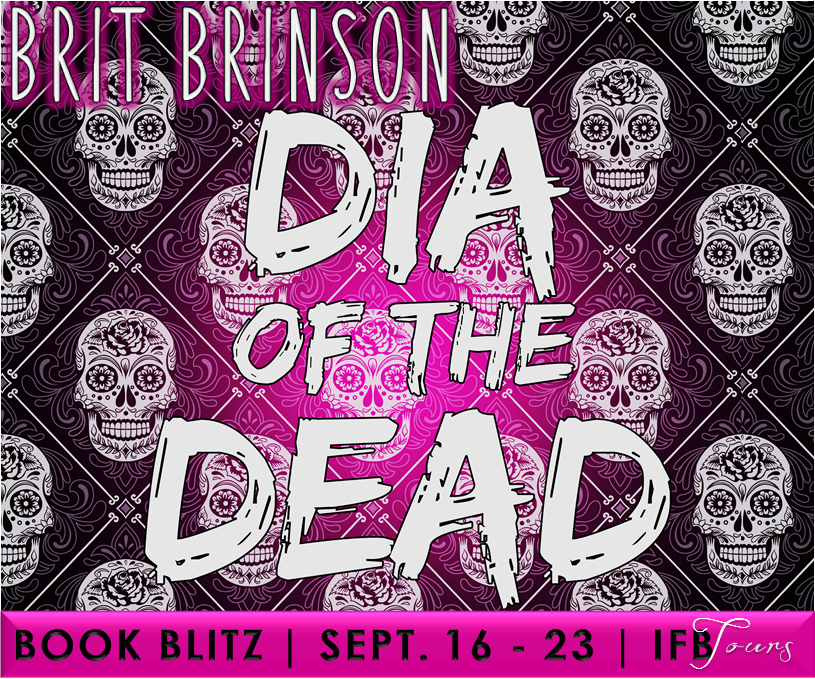 The promo event for the first book in Brit Brinson's YA Supernatural series is now running. Continue for an excerpt and playlist, and enter the international giveaway. 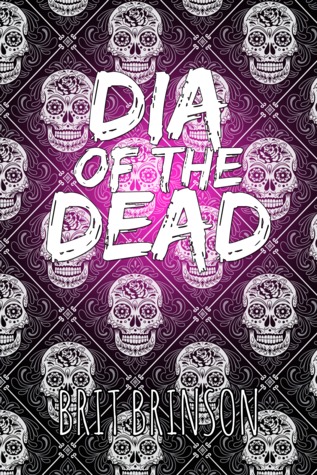 Protecting Romero High from all things supernaturally spooky as Dia Muerto is a tough gig for sixteen-year-old Dia Summers, but it’s nothing compared to protecting the ones she loves from real, live—well, formerly alive—zombies. Unlike the zombies that shambled around on set, the real deal don’t follow a script.

At the majorly important birthday party of her boss’ daughter, Dia experiences a series of potentially career-ruining social disasters. Before the night is over, she soon discovers that the possible cancellation of her show isn’t her biggest worry.

Armed with what they can find around Bixby Studios, Dia and her friends band together to find out why everyone they know has begun popping up as gray-skinned, black-eyed, limb-nomming zombies. With the ailment spreading, time is running out before Dia is swept up in Hollywood’s latest trend.


Blaze, the studio’s dealer in residence that everyone knew about except me, turned out to be Blake, the makeup artist. Brendan led the way to his regular hangout. We found him in the alley between buildings Eleven and Twelve taking a drag from a cigarette, his bright blue hair shining in the sunlight. The cigarette dropped from his lip, landing on the ground. He stamped out its glow with the toe of his boot and ran his hands over the thighs of his too tight skinny jeans then through his hair before approaching us.


Before anyone could question Blake about Z, Brendan lunged at him, grabbing him by his t-shirt and pushing him against the wall.


“Tell us about the drugs, punk!” Brendan yelled, lifting him a couple inches off the ground.


Brendan let go, and Blake fell to the ground.


“What the hell, dude?” he asked, regaining his footing. “What was that all about?”


“Sorry, dude. I’m reading for a role as a loose cannon rookie in a cop drama tomorrow so I figured I’d get some practice.”


“Not cool.” Blake adjusted his shirt and frowned. “What do you want?”


“We’re here to see what you know about these.” I pulled Mason’s baggie out of my satchel.

“Did you have a bad experience? I have a no refund policy. Your bad high is your problem, not mine.” Blake folded his arms across his chest.

“I’ve been…uh…handling these for months and haven’t had any problems until recently. People have been calling and saying their friends have been freaking out on them. I’ve told them that’s it’s probably stress—acting is hard—but they believe it’s a bad batch of Z. I’ve been taking this stuff for a while now and I never had any problems. In fact, I took a couple this morning and I’m fin—“ Blake was interrupted by a pretty nasty coughing fit.

The three of us took a step back.

“Dude, are you okay?” Brendan asked from a three-step distance.

“I-I—I’m c-c-cool.” Blake coughed. “I hope I’m not coming down with something.” He cleared his throat.

I handed them over to him from a distance. He inspected the baggie and opened it. He picked out a pill, pinching it between his thumb and index finger for a moment before popping it into his mouth. His Adam’s apple bobbed as he swallowed.

“See. Fine!” His smiled faltered as he grimaced. “Wait.” He hunched forward, holding his stomach and coughed up a torrent of black liquid just like the mess that had come out of Amber.

Blake hit the ground and started to convulse wildly.

A sense of dread washed over me. “Guys, I think we better go.”

“Yeah, and someone else can get it for him,” Reagan chimed in.

I nodded in agreement. “I think we’d better head back to Props, make sure Taylor’s okay, wait for help to arrive, and head home.”

I needed to call my mom and ask her to come pick me up. I pulled out my phone, turned it on ready to dial when Reagan interrupted me.

“I need to check on BB. I need to see if she’s all right,” her voice wavered as she started off to find her sister.

“Reagan! Wait!” I called after her. She didn’t stop. I turned to Brendan. “I’m gonna go with her.” I slipped my phone back in my bag.

“I’m gonna go check on the others and see if help has arrived. Maybe they can help him too.” He pointed down at Blake who’d stopped shaking. “Do you think I should try to bring him inside?”

“No. When help comes, just show them where he is.”

My gut told me it would probably be best to leave him there for now.

Brendan nodded and I hurried to catch up with Reagan.

I knew I wasn’t her first choice for company but it seemed like she went out of her way to prove her point. I practically had to run to keep up with her as she led the way to the office building. It stood at the center of the studio, a few stories taller than the other buildings. Its facade was made of reflective glass windows instead of bland beige siding like the rest. I followed her up the pathway leading to the building and through the doors. She breezed right past the receptionist in the lobby and unlike everyone else that entered, she didn’t have to sign in or have an appointment. I sped up and followed her to the elevator. She pressed a button and suddenly we were heading to the building’s top floor.

We stepped out of the elevator at the end of a long hallway I’d never been in before.

“Hurry up,” Reagan called. She was already out of the elevator. “BB should be in there.” She pointed at one of the three doors on the hall.

I hurried to join her.

“BB, where are you, bitch?” Reagan called as she opened the door and stepped inside the darkened room.

No bitches made their whereabouts known.

I hesitated at the entrance, a little afraid to follow Reagan inside. Not only was the room dark, it was quiet. Too quiet. Reagan had disappeared farther into room. Other than the little light that filtered into the room from the hallway, I could barely see past my nose.

“Reagan?” I took another step inside.

I took a few steps back toward the safety of the light.

“Come on, Dia. I know this place is giving you the creeps but you can do this,” I whispered, trying to psych myself up to step into the room again.

“Maybe this will help.” I flipped the switch on the wall, expecting a light to turn on. Nothing happened. I tried again. Still no light.

I stepped further inside.

A light flickered on in another room spilling into the room I was in. It definitely had BB Bixby flair—tons of purple and white one-of-a-kind furniture and decor plus lots with shiny, sparkly things. Heavy purple drapes covered the windows, blocking sunlight. Looking up, I saw why the light didn’t work. Wires snaked out of a hole in the ceiling and the chandelier they were once connected to was in pieces on the white carpet. Joining the broken light was a knocked over table, a broken vase, and a dozen trampled lilies.

Reagan had to be in the other room. There was nowhere else she could’ve gone. My stomach clenched as I slowly approached the doorway, stopping just outside.

A thud from the other room made me jump.

I took a step and hesitated.

“Come on, you’re Dia Muerto. You can do this,” I muttered.

Fearless Dia Muerto would’ve headed into the next room without a second thought. She lacked the ability to think things through—you know, being a zombie and all. Dia Summers, on the other hand, was well aware of the creepiness in the air, and I wasn’t one for barging into unknown territory without at least some of the facts. I held my breath as I walked toward the doorway and peeked my head inside. Reagan rushed past me, her hand cupped over her mouth, a terrified look in her eyes. She nearly knocked me down as she ran out into the hall.

A low ominous moan came from the room Reagan fled. My stomach dropped to my feet.

I turned on heel and ran from the room as quickly as Reagan did. I didn’t want to know what was responsible for the sound, and I wasn’t going to stick around to find out. Reagan frantically beat on the door at the end of the hall, crying for her dad to open up.

Dread crept over me as I watched Reagan jiggle the doorknob with one hand and pound the door with the other as she screamed for Mr. Bixby. The door didn’t open. Something was wrong. Whatever was in the other room had frightened her to tears. I turned around, ready to run back to the elevator when I saw what had caused Reagan to run.

Her sister, BB Bixby, stood between the elevator and me in a shimmery silver mini dress. She limped toward us, covered in splatters of red, one foot in a strappy silver sandal and the other foot bare. Her hands were tipped in red liquid, one clutching a lock of hair. Red rimmed her mouth like a gruesome lipstick. It streaked across her cheek toward her hairline where a chunk of pink matter settled on a wisp of dark hair while the rest was a wild tangle. Her skin had gone gray and she had the same blue rash as Amber. She cocked her head to the side, setting black eyes on me. She bared black-stained teeth and let out a low growl.

BB didn’t look like any heiress I knew. She didn’t look like an actress either. She looked like a monster. Like something from Dia of the Dead but way more terrifying. I gasped, covering my mouth and took a step back. I knew what I was looking at. The realization made my blood run cold. I’d watched dozens of movies about them as research for my role. It didn’t dawn on me earlier but now, looking at BB, it clicked. The walk. The moans. The stench. The appetite for flesh. Barbara Bush Bixby was a zombie with blood stained hands and a walk that put Dia Muerto’s to shame.


The following are songs I listened to while working on Dia of the Dead:


Stole Your Heart by One Direction

Shake Your Rump by the Beastie Boys

Glad You Came by The Wanted


You Da One by Rihanna 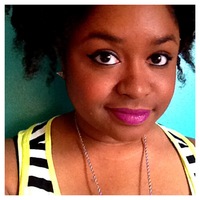 ABOUT THE AUTHOR
Brit Brinson was born and raised in Cleveland, Ohio. After time away to attend college and graduate school, she returned home. When she’s not writing, she enjoys doing nerdy stuff with her friends. She lives for all things horror, paranormal, and sci-fi.
Dia of the Dead is her first novel.

September 16th -
JeanzBookReadNReview
Whatever You Can Still Betray
Musings of the Book-a-holic Fairies, inc.

Posted by Shane @ItchingforBooks at 1:41 PM