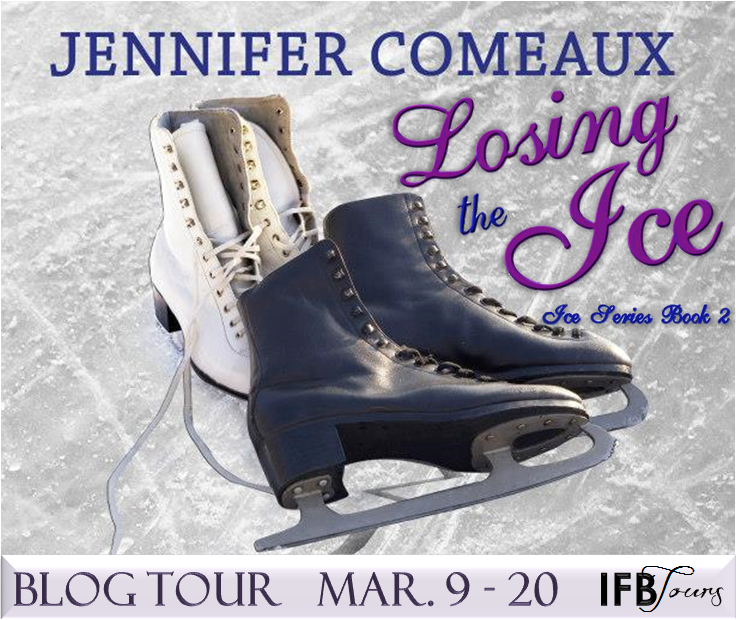 The blog tour for the second book in Jennifer's Ice series has ended. Re-experience the event below.

Synopsis via Goodreads:
Courtney and Josh are in love and excited to finally compete as skating partners. When they take the ice for their first competition, they want to show everyone, especially Josh's family, they are the perfect pair.

But ice is slippery, and one misstep puts all their dreams in jeopardy. Now they must show each other both their love and their partnership are strong enough to survive.

About the Author
Jennifer Comeaux is a tax accountant by day, writer by night. There aren’t any ice rinks near her home in south Louisiana, but she’s a die-hard figure skating fan and loves to write stories of romance set in the world of competitive skating.
One of her favorite pastimes is traveling to competitions, where she can experience all the glitz and drama that inspire her writing. Jennifer loves to hear from readers!
jennifercomeaux.blogspot.com | TWITTER | FACEBOOK

Posted by Shane @ItchingforBooks at 10:07 PM