Welcome to IFB stop on Cindy Rodriquez' blog tour. I've already read and reviewed When Reason Breaks and I enjoyed the story. See my review here. Check out Cindy's guest post below and enter to win a awesome prize! 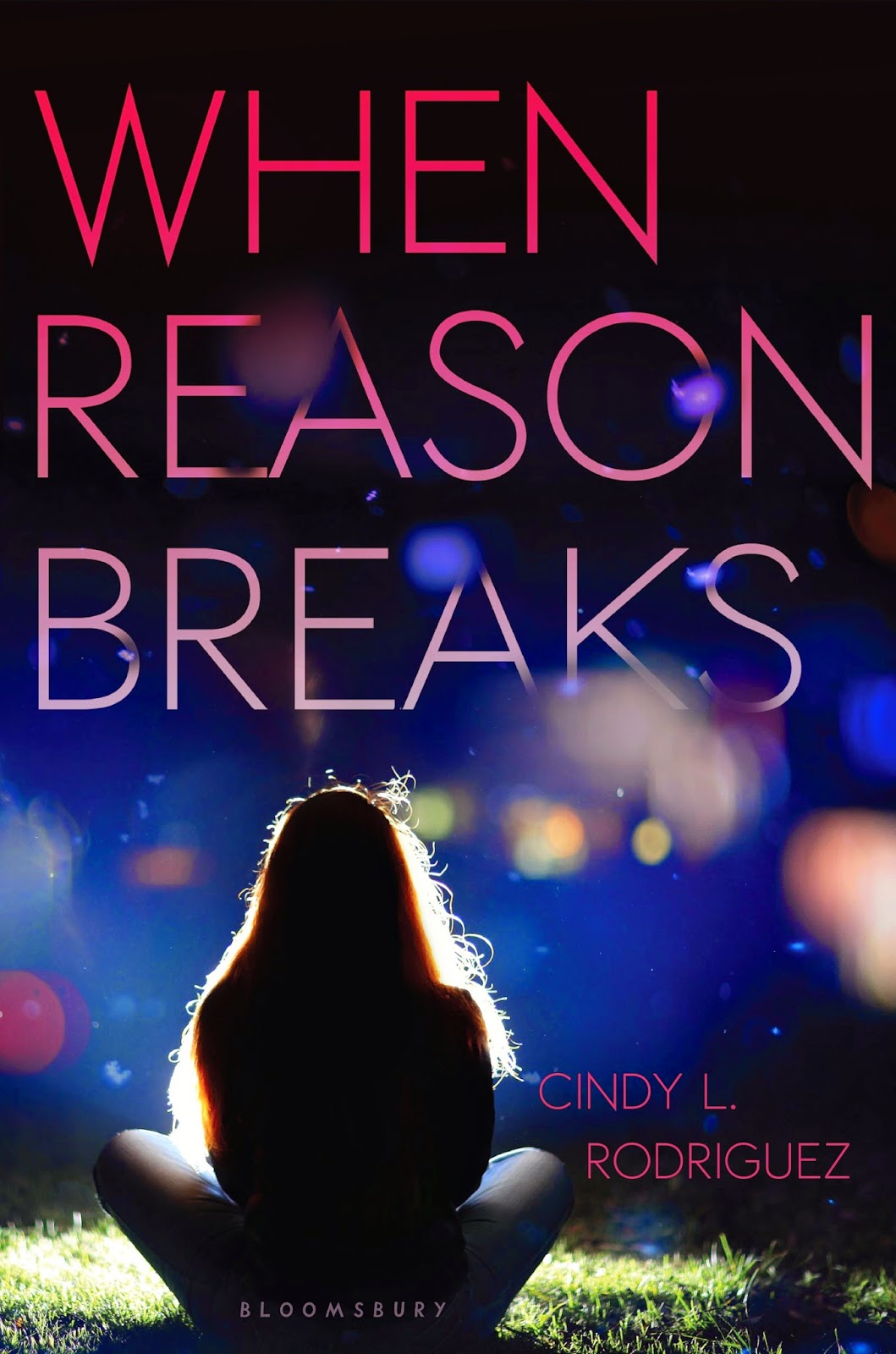 A Goth girl with an attitude problem, Elizabeth Davis must learn to control her anger before it destroys her. Emily Delgado appears to be a smart, sweet girl, with a normal life, but as depression clutches at her, she struggles to feel normal. Both girls are in Ms. Diaz’s English class, where they connect to the words of Emily Dickinson. Both are hovering on the edge of an emotional precipice. One of them will attempt suicide. And with Dickinson’s poetry as their guide, both girls must conquer their personal demons to ever be happy.

Hi, Shane, and thank you so much for having me on your site! You asked me to elaborate on how I incorporated Emily Dickinson’s poetry into When Reason Breaks and how I tied the poems to the main characters’ emotions and/or the plot. Here goes…

While there are lots of references to Emily Dickinson poems in the novel, including first lines used as chapter titles, only three poems are used in their entirety. 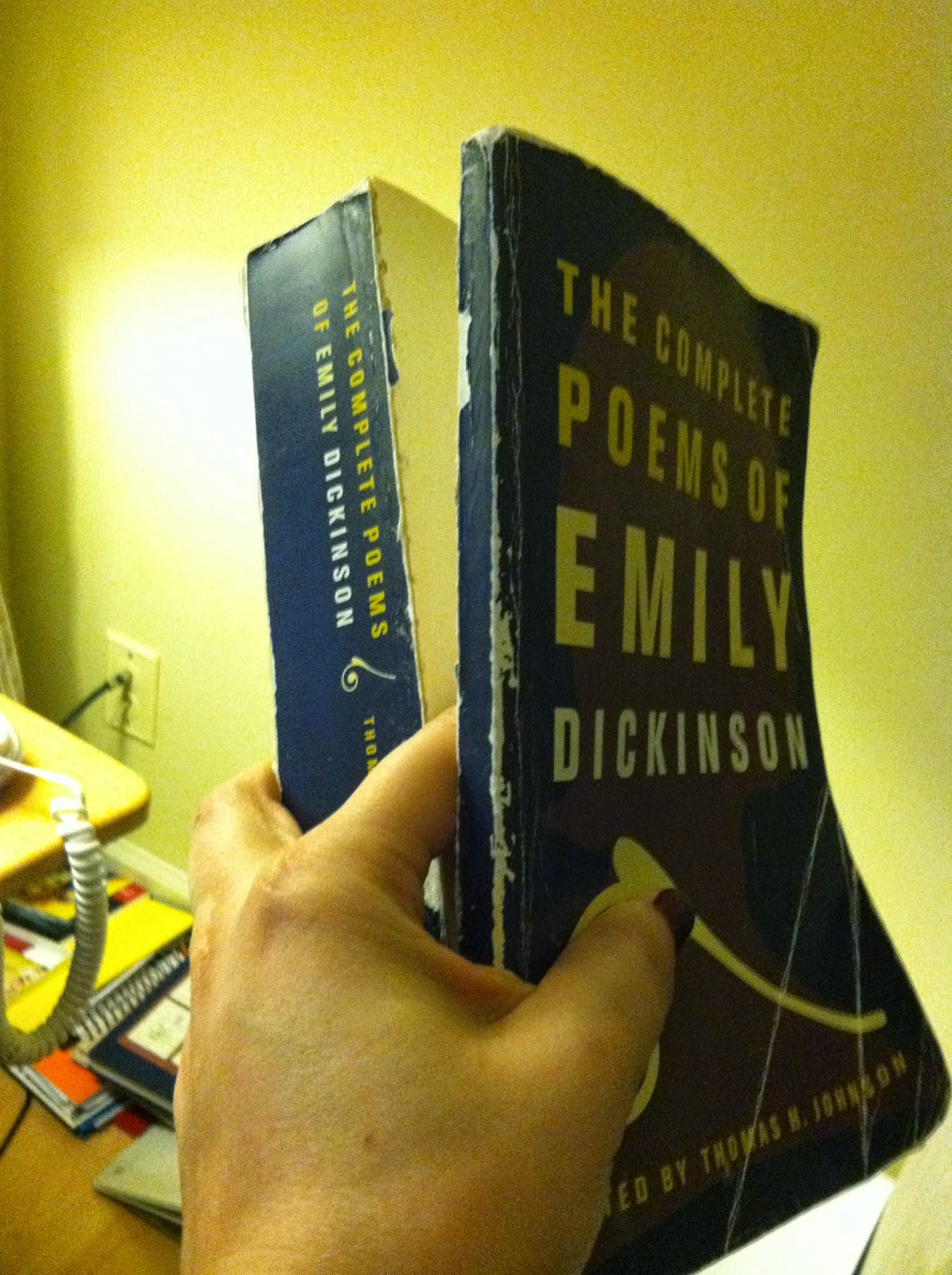 The first is the poem that begins “I dwell in Possibility –,” and it’s used in Chapter 10 as a back to school activity by Ms. Diaz. I used this poem because I thought it fit the feelings that come with the first days of school. It’s a new year—a fresh start full of possibilities. In taking a closer look at the poem, the students see that Dickinson links “Possibility” with poetry. She lives in and through poetry, which leads Ms. Diaz to ask her students where they dwell and what helps them to understand the world. While Ms. Diaz leads her students through the analysis, Elizabeth notes Abby flirting with Tommy, and Emily notes an exchange between Kevin and Sarah. Ah, the possibilities, indeed. Three chapters later, this poem is referenced in the first anonymous letter left for Ms. Diaz, in which one of the girls begins to express her confusion with events in her life. She writes, “I have vehicles to help me navigate the world, but I can’t make sense of it.” The use of this poem helps to capture the contradictory meanings of the word “possibilities,” and how the girls feel. Having possibilities can leave us feeling optimistic—The possibilities are endless!—or it can leave us feeling confused, as we churn the possibilities over in our minds and not come to any resolutions.

The next full poem is the one that begins “I was the slightest in the House –,” and it’s used in Chapter 19 when Emily and Elizabeth are matched for an assignment. They have to read and analyze the poem together and then respond to it in writing and visually. This poem works in this scene because, while analyzing the poem, Emily and Elizabeth discover that they both connect to the poem’s narrator. They both feel like the slightest in the house—insignificant even to those closest to them. They both feel like no one truly understands them. When Elizabeth suggests the poem’s narrator may be suicidal, the girls stare at each other for a few uncomfortable moments, silently connecting over their own questions about pain, life, and death. Later in this chapter, when Emily says to Elizabeth, “I see you,” she’s letting Elizabeth know that she understands how she feels because she feels the same way. Emily knows that Elizabeth is in pain and that she’s vulnerable under her badass exterior.

This chapter is one of my favorites because while the girls are analyzing the poem, they’re also gaining a deeper understanding of themselves and each other. The poem also includes the idea of being afraid to speak, not being able to “live aloud,” which is exactly what both girls need to do if they want to begin the healing process and be understood—really seen and heard—by their friends and family.

The final poem used fully is the one that begins “All but Death, can be Adjusted –” This poem is recited aloud by Ms. Diaz from memory in Chapter 39 as she faces her class for the first time after a student’s attempted suicide. She tells them that she cares about them as people, not just students, and she encourages anyone who is feeling hopeless to seek help. The poem states that anything can be repaired and made beautiful again, except for death. I chose this poem for this moment because I remembered a high school counselor saying that suicide was a permanent solution to temporary problems. Anything going wrong in our lives can be adjusted, can be repaired and made beautiful again, but severe depression doesn’t allow people to see that. The poem helps Ms. Diaz to make this point with her students. With the proper treatment and support, anything, no matter how insurmountable it may seem, can be reversed, handled differently, altered, or adjusted—except for death.

Emily Dickinson wrote close to 2,000 poems in her lifetime, so choosing lines to lace into the novel wasn’t always easy. I flipped through my copy of The Complete Poems of Emily Dickinson so much while writing and revising the novel that I broke the spine! These three poems in particular, though, were easy choices because they perfectly complemented what was happening and how the characters were feeling in those chapters. 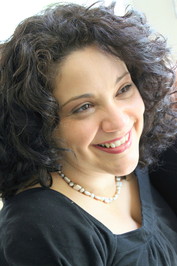 Author Bio:
Cindy L. Rodriguez is a former newspaper reporter turned public school teacher. She now teaches as a reading specialist at a Connecticut middle school but previously worked for the Hartford Courant and the Boston Globe. She and her young daughter live in Plainville, Connecticut. This is her debut novel.