Behind the Pages #20: Kimberly Belle on Crime Fiction and More 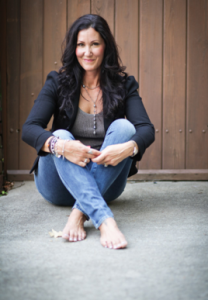 As a lover of suspense, I'm always on the prowl for novels in that genre. While browsing I came across a book titled The Ones We Trust and my interest was instantly piqued by the intriguing blurb. I'll be picking up this novel later in the month, but really wanted to connect with the author Kimberly Belle. Thankfully, she accepted my invitation and is now the next the author to be featured in the Behind the Pages series. Check out our interview below and enter for the chance to win a copy of The Ones We Trust.

1. When did you realize you wanted to become a writer?

It wasn’t so much a realization as it was being faced with a major upheaval. Writing was something I’ve always loved in theory, but for the longest time, it always felt like a pipe dream. Beyond the shaky economics of the profession, writing meant putting myself out there in ways that can be really, really uncomfortable. Writing a story and sending it out into the world is a humbling, unnerving, terrifying thing. Did I really want to roll over and show the world my underbelly? Did I dare? But then in 2008, when the economy crashed, so did my job. By that time I was pushing forty, and I still hadn’t written that novel I’d always dreamed of writing. It was a now-or-never moment for me. I could either go find another job, or I could go for it. I decided to go for it, and now that I have, I can’t imagine doing anything else.

2. Who are some of your biggest influences in literature?

Oh my gosh, how much time do you have? I adore so many of my colleague authors – Cathy Lamb, Mary Kubica and Pam Jenoff to name just a few – but there are so many other good ones out there, and of all genres. In women’s fiction, Heather Gudenkauf, Steena Holmes, Laura Dave, and Allison Winn Scotch are automatic buys for me. Jonathan Tropper can always make me laugh out loud, and whenever a new Black Dagger Brotherhood book from J.R. Ward comes out, I will literally block off a day or two on my calendar to read it. I’ll read pretty much anything, and everything I read has an influence on my writing, from how the author builds suspense to their tight and fast-moving plot-lines, to the clever ways they lighten up dark subjects with humor. It’s every writer’s affliction; I read with an eye to writing. 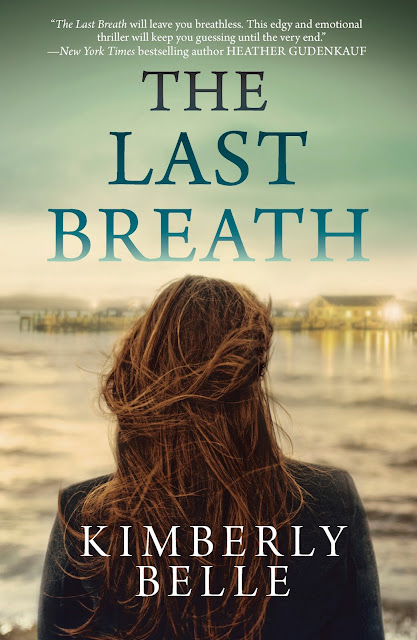 3. Tell us about your debut novel, The Last Breath. What inspired the story?

In The Last Breath, chasing disasters around the globe keeps humanitarian aid worker Gia Andrews away from her own ground zero. Sixteen years ago, her father was convicted of the murder of her stepmother in small-town Tennessee. Now he’s coming home to die of cancer, and Gia is responsible for his care. But resuming the role of daughter to the town's most infamous murderer means confronting the past she's spent over a decade avoiding.

As for inspiration, I read an article once about a sick prisoner being sent home to die. It had something to do with budgetary restrictions and the prison not having the facilities to care for his terminal illness, but I was fascinated. I began thinking about what that would be like for his family–-how would they receive him? Would they step up for his care? Would they mourn his death? All these questions and more led to The Last Breath.

4. How challenging is it to write books surrounding crime?

It definitely requires a lot of research, and maybe a bit of a twisted mind, lol. For me, the hardest thing about writing crime is putting myself in the mind of the criminal. Criminals don’t always think like you and me, and crimes aren’t always rational. This is a big part of the reason why the stories I write concentrate more on how these crimes affect those left behind, rather than the criminals who commit them. It’s easier for me to come at it from the victim’s point of view, to think about the aftershocks rather than the reasons why. 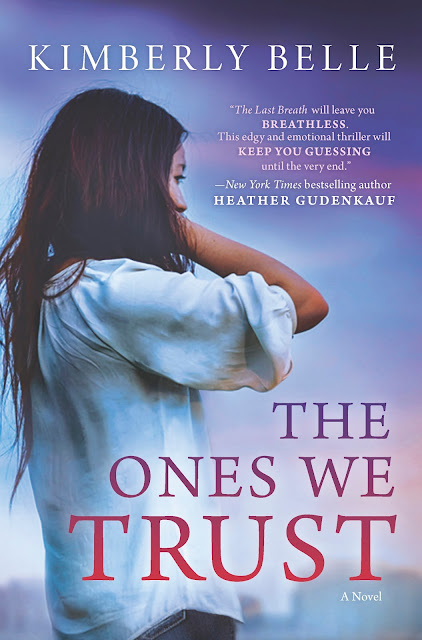 5. Your second release, The Ones We Trust, involves a cover-up in the U.S Army. How did you come up with the plot?

The inspiration for The Ones We Trust began with an idea for a person who’s done something dishonorable for (in his mind, at least) all the right reasons. When things are not as they seem, it’s incredibly easy to misjudge that person’s behavior, to assume the worst of them, to react inappropriately because you don't understand. And even in the closest of relationships, trust is not a given, and we don’t give it infinitely. There’s a point where doubts start to surface and we draw a line in the sand, where we can no longer justify what we are experiencing with the belief that the other person is behaving with good intentions. This is the case with Abigail and her father. I wanted to explore how far they could stretch the father-daughter bond before it breaks.

6. What would you like for readers to take from your stories and these strong female protagonists?

I write the kind of heroines I like to read, the kind of women I like to be friends with. They’re strong and smart and educated. They’re fairly settled in their lives and relationships, but they’re also dealing with some pretty major traumas from their pasts. They’ve lost sight of their abilities and strengths, and they don’t always remember how to tap into them. That’s part of what my books are about—and what I hope readers take away from my stories—that when you dig deep, you can find more strength than you ever thought possible.

7. How has the years spent living in the Netherlands impacted you as a writer?

My travels have impacted me as a writer because they have changed me as a person. I grew up in Eastern Tennessee, in a small town nestled up against the Appalachians. It’s a beautiful but remote area, a place where the towns are small and insular, where everybody knows everybody and everybody knows your business. I couldn’t wait to escape. Leaving showed me the world, but it also taught me new appreciation for a place I thought I’d left firmly in my past. For the blue ridges and the green valleys and the trains rumbling in the distance. For a place where you know all your neighbors, and they know you right back. For the peace and serenity of a small town set against mountains that are big and wide. No, I'll never move back permanently, but I now know I can have roots and wings. I don’t have to choose.

8. Is there anywhere else in the world that you've traveled to or would like to experience the culture?

Yes, pretty much everywhere! Traveling is my hobby and absolute favorite way to spend money. I love exploring the world, seeing new places and meeting new people, eating the food and experiencing the culture. I’ll go just about anywhere, but I prefer places that require a plane ticket and a passport.

9. Outside of writing, something else you're passionate about:

I am a yoga fan, some might even say a fanatic. For me it’s more than getting up and out of my writing chair; it’s about getting grounded, about letting the story go long enough to let my subconscious take over. Especially when I’m stuck, I’ve found that as soon as I let go of the story and do something physical, my plot knots unwind and I figure out how to move forward. The longer, leaner yoga bod is an added bonus.

10. Are you working on anything at the moment? Can you give us a snippet?

Always, and absolutely! The Marriage Lie is a story about Iris Griffith, and how her husband’s untimely death unravels a web of secrets and lies. Especially once the letters start arriving, postmarked after the crash and written in the husband’s distinct scrawl, revealing a man very different from the one she married, one whose past could make her the next victim.

11. Thank u for taking the time, Kimberly. Please leave any advice you may have for aspiring writers.

Thank you for having me! It’s a pleasure and an honor to be here at Itching for Books.
The biggest advice I can give to any writer, aspiring or otherwise, is to keep writing. Letter for letter, word for word. Don’t wait for an agent, a publisher, a contract, just keep writing and polishing your craft, every single day. Treat your writing like a job. Set your alarm and got to “work” behind your laptop every day, five days a week, because if you wait for inspiration to strike—or for a story idea to come upon you—you’ll never get anything written. Some days you’ll end with a lot of words, other days you’ll stare at your screen and pull out your hair. In the end, it all evens out and eventually, you have a book.

Kimberly Belle grew up in Eastern Tennessee, in a small town nestled in the foothills of the Appalachians. A graduate of Agnes Scott College in Decatur, Georgia, Kimberly lived for over a decade in the Netherlands and has worked in marketing and fundraising for various nonprofits. Her debut novel, THE LAST BREATH, was published by Harlequin MIRA in September 2014. She divides her time between Atlanta and Amsterdam.

Win a copy of The Ones We Trust

Email ThisBlogThis!Share to TwitterShare to FacebookShare to Pinterest
Labels: Behind The Pages, Crime, giveaways, Interviews, Kimberly Belle, Suspense, The Last Breath, The Ones We Trust, writers