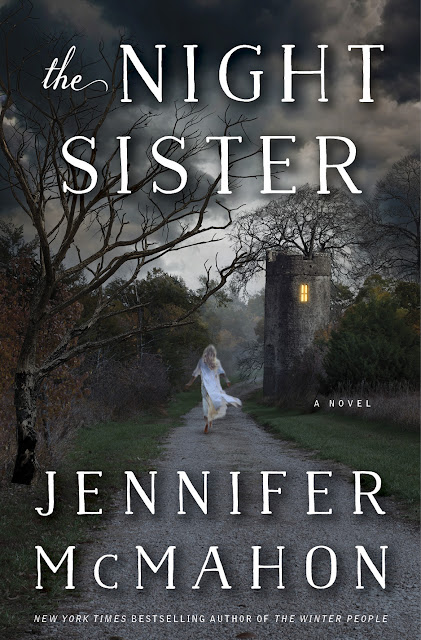 Once the thriving attraction of rural Vermont, the Tower Motel now stands in disrepair, alive only in the memories of Amy, Piper, and Piper's kid sister, Margot. The three played there as girls until the day that their games uncovered something dark and twisted in the motel's past, something that ruined their friendship forever.

Now adult, Piper and Margot have tried to forget what they found that fateful summer, but their lives are upended when Piper receives a panicked midnight call from Margot, with news of a horrific crime for which Amy stands accused. Suddenly, Margot and Piper are forced to relive the time that they found the suitcase that once belonged to Sylvie Slater, the aunt that Amy claimed had run away to Hollywood to live out her dream of becoming Hitchcock's next blonde bombshell leading lady. As Margot and Piper investigate, a cleverly woven plot unfolds—revealing the story of Sylvie and Rose, two other sisters who lived at the motel during its 1950s heyday. Each believed the other to be something truly monstrous, but only one carries the secret that would haunt the generations to come.

*Received a hardcopy from the publisher in exchange for an honest review.

The Night Sister turned out to be an enjoyable (if that's the word) book for me. At the beginning, I was beyond frightened by what had happened to Amy and I eagerly wanted to know what this monster was that she was so terrified of, or if she was as crazy as her mother and was responsible for the horrible event.

I liked how the story transitioned between three different time periods: 1950s, 1980s, and present, so that readers could understand each character and establish an idea of what was taking place at the motel. Making predictions wasn't easy. Every time Rose and her older sister Sylvie's chapters came up, I wondered if this monster was even real, and if something was mentally wrong with Rose just like everyone believed. Her actions made me want to throw her in an asylum too, and I wondered if she had anything to do with her sister's disappearance. Rose was hell bent on proving that Sylvie was something otherworldly like in her grandmother's stories--why a grandmother would even tell young children these kind of horror tales was just baffling, but all is explained the deeper we get into the story.

Whenever we got a glimpse into the 1950s, I always felt there was more going on and that the mother was covering up something. And aside from Rose's monster belief, the Slater family in general had problems with continuing to run the motel. They had built this great business that they'd worked so hard for, but then an unforeseen thing happened and they had to start thinking of what to do next. That was enough stress for the parents, but they had to deal with Rose's antics as well. And while Rose was determined on revealing what she thought her sister truly was, Sylvie was growing frightened, and it seemed she was truly keeping a secret but not what Rose had suspected.

There were other things in each time period aside from the main monster subject that made the story more interesting. Like why was Sylvie going out to the dark tower at nights? Why hadn't the monster attacked Amy's daughter? And what secret was Rose's mother hiding? Another thing that stood out to me was the difference between Rose and Sylvie's relationship in comparison to Piper and Margot's. Rose and Sylvie were constantly at odds and it seemed like Rose hated her sister. But with Piper and Margot, they had a better, healthier relationship and they were closer, even if it at times they'd disagree, they still stuck together. I feel like if Rose and Sylvie had that kind of relationship, then things would probably have transpired differently in Sylvie's case. Because there was so much animosity in Rose that had built up over time, and that seemed to have led to that disastrous night on the tower.

In conclusion, it all came down to the dark secret of the Slater family. I truly gave up on the monster thing and started to think there was some other craziness at work, and that maybe Sylvie was still lingering around the motel. However, towards the end, it became clear that Rose and Amy weren't as nutty as I believed, and that this monster theory was in fact real.

This is the first book I've read by McMahon and I must say, I love her writing style. Her descriptions had me seeing and feeling the creepiness, and my interest was held until the end of the story. Overall, if you're into mystery, slight horror, and a nicely fleshed out story that's beyond intriguing, then The Night Sister is for you. Don't read this one at night though. It'll definitely leave you glancing over your shoulder and checking under the bed.

About the Author
JENNIFER McMAHON is the author of six novels, including the New York Times best-sellers Promise Not to Tell and The Winter People. She graduated from Goddard College and studied poetry in the MFA Writing Program at Vermont College. Jennifer lives in central Vermont with her partner and daughter, in an old Victorian that some neighbors call The Addams Family house.