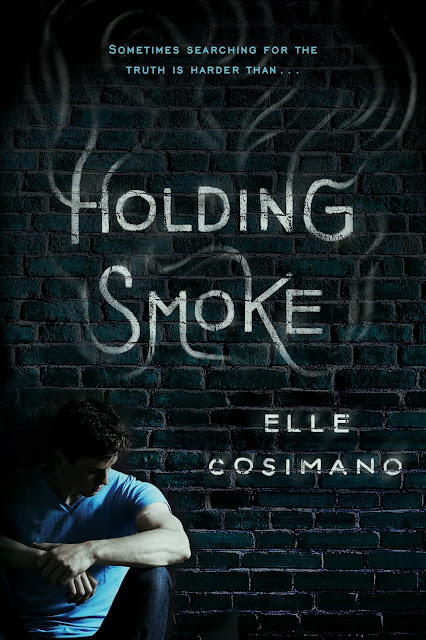 Synopsis via Goodreads:
John "Smoke" Conlan is serving time for two murders but he wasn't the one who murdered his English teacher, and he never intended to kill the only other witness to the crime. A dangerous juvenile rehabilitation center in Denver, Colorado, known as the Y, is Smoke's new home and the only one he believes he deserves.

But, unlike his fellow inmates, Smoke is not in constant imprisonment. After a near death experience leaves him with the ability to shed his physical body at will, Smoke is able to travel freely outside the concrete walls of the Y, gathering information for himself and his fellow inmates while they're asleep in their beds. Convinced his future is only as bright as the fluorescent lights in his cell, Smoke doesn't care that the "threads" that bind his soul to his body are wearing thin-that one day he may not make it back in time. That is, until he meets Pink, a tough, resourceful girl who is sees him for who he truly is and wants to help him clear his name.

Now Smoke is on a journey to redemption he never thought possible. With Pink's help, Smoke may be able to reveal the true killer, but the closer they get to the truth, the more deadly their search becomes. The web of lies, deceit, and corruption that put Smoke behind bars is more tangled than they could have ever imagined. With both of their lives on the line, Smoke will have to decide how much he's willing to risk, and if he can envision a future worth fighting for. About the Author
Elle Cosimano grew up in a suburb outside of Washington, DC with two very normal parents and an occasionally adorable little brother who ate her pet caterpillars and pillaged her Barbie Dream House. He got the super-high metabolism, great cheek-bones and long lashes. So unfair. Elle got the gift of vivid imagination. The ability to see something so clearly in her mind that it tends to become a reality. Some people call it goal-orientation, but she prefers to think of it as highly productive day-dreaming.