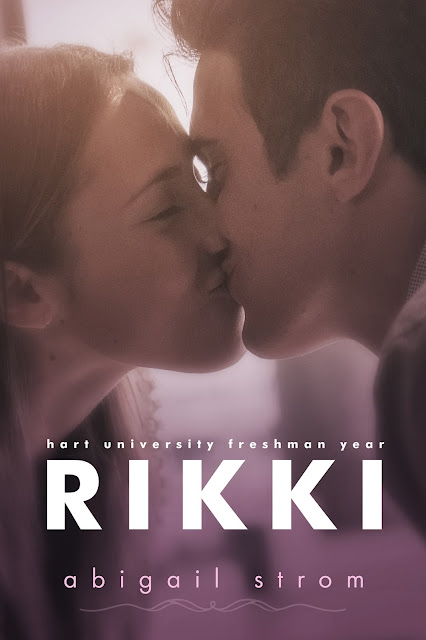 Ever since junior high and an ill-fated game of seven minutes in heaven, Rikki Eisendrath and Sam Payne have hated each others’ guts. But when they end up at the same college—and the same dorm—they figure it’s time to declare a truce.

They even become friends… sort of. But when Sam asks Rikki to model for his sculpting project, they start spending more time together—and her feelings for him get more complicated.

She tries to focus on the guy she’s been crushing on instead. But Sam’s the one she can’t stop thinking about, even though their arguments are starting to heat up as much as the chemistry between them.

With antagonism and attraction this intense, there’s bound to be an explosion. But when the dust settles, will Sam and Rikki be enemies, friends… or something more?

*Request was approved via Netgalley in exchange for an honest review.

I loved this story. I loved how it played with my emotions and had me really invested in the characters, in spite of how frustrated they made me. Rikki and Sam had so much angst between them that it gave me the fireworks. They spent years oblivious and completely misunderstanding each other, and throughout the book I just wanted to shake some senses into them. There were moments that made me laugh, and there were moments that made me want to cry. Yeah, like I said, the emotions were definitely there.

I connected with Rikki in the sense that she liked holding on to control. I understood her character and felt like she was as realistic as an eighteen year old trying to figure out her life gets. I liked the family she came from, and I admired her determination and her drive to focus on her education and excel at everything. She was very intellectual, and I think the greatest thing about the story is that Rikki and Sam connected based on something they had in common: they were both very smart and always performed at their utmost best. And I loved that there wasn't an insta-love or constant gushing over one's appearance, but they were attracted to each other's minds. Their relationship wasn't the best at start, but after several years of competing in academics and misunderstanding their feelings for each other, I was happy when they realized there was no hate and decided to be friends in college. I felt like had they not done that, then they wouldn't have been able to spend more time learning about each other and developing clarity about their true feelings.

Sam was such a good person. He wasn't the typical model-like guy found in most YA books, and he wasn't a star athlete, but he was sort of a nerd with great qualities and the type of guy I swooned over because he was cute in his own way. He had to deal with loss and some other issues in his family, and it was so sad how he liked Rikki in secret all that time but believed she wasn't interested in him because of her silly crushing on the supposedly good-looking guys in school. It was funny how in the end, they both admitted to thinking the other wasn't interested and hence thought it was best to start pining over someone else. But their feelings were so strong that trying to be with someone else never worked out for either of them.

Gosh, there's so much I could go on about but I don't want to spoil it too much for anyone who hasn't read the story. All I can say is that you'll definitely feel like plucking your lashes out over the relationship between Rikki and Sam, and your emotions will be scattered from beginning to end. These characters didn't only go through high school completely oblivious and often in denial about each other, it continued to university. So you can only imagine how much their craziness will frustrate readers. Aside from the constant back and forth, there were juicy moments and some humor thrown in the mix to keep things interesting. The writing is great, and the pacing is quick. Not necessarily light, but this book will indeed make you feel things. I highly recommend. 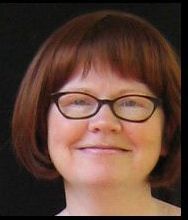 About the Author
Abigail Strom started writing stories at the age of seven and has never been able to stop. She lives in New England with her family, who are incredibly supportive of the hours she spends hunched over her computer.