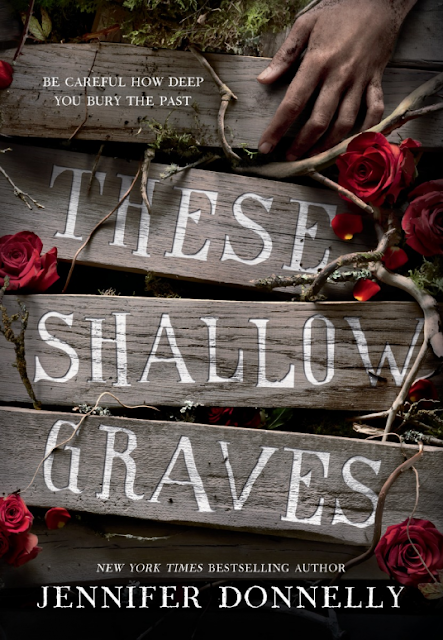 Jo Montfort is beautiful and rich, and soon—like all the girls in her class—she'll graduate from finishing school and be married off to a wealthy bachelor. Which is the last thing she wants. Jo dreams of becoming a writer—a newspaper reporter like the trailblazing Nellie Bly.

Wild aspirations aside, Jo's life seems perfect until tragedy strikes: her father is found dead. Charles Montfort shot himself while cleaning his pistol. One of New York City's wealthiest men, he owned a newspaper and was a partner in a massive shipping firm, and Jo knows he was far too smart to clean a loaded gun.
The more Jo hears about her father's death, the more something feels wrong. Suicide is the only logical explanation, and of course people have started talking, but Jo's father would never have resorted to that. And then she meets Eddie—a young, smart, infuriatingly handsome reporter at her father's newspaper—and it becomes all too clear how much she stands to lose if she keeps searching for the truth. But now it might be too late to stop.

The past never stays buried forever. Life is dirtier than Jo Montfort could ever have imagined, and this time the truth is the dirtiest part of all.

I enjoy reading mystery and historical fiction, neither of which I read often, so I was quite excited about These Shallow Graves. I liked the time period in which the story is set and was curious about Jo's character, in regards to how she wanted to do so many things but didn't have the freedom to chase after her dreams because her life was already planned out for her.

The plot was interesting. I was instantly intrigued from start and wanted to know what the deal was with her father's death. Clearly it wasn't suicide, and wanting to know who killed him and why had me well invested in the story. I became suspicious of a few people early on, especially a certain family member and as the story progressed, it was obvious that this person was guilty. Even though I figured out the culprit, I still didn't understand the reason behind everything he did and wanted to know his motives.

My feelings about Jo's character remain mixed. One minute I liked her and considered her to be very determined, but there were moments I found her quite naive and she would land herself in situations that could have otherwise been avoided. But then I'd try to remember that she lived a sheltered life and her dream of being a writer influenced her need to want to learn more about the world and ask questions even when it was "improper" for a woman to do so. One of the main things I liked about her is how she aspired for other things and yearned to make a difference, as oppose to other girls in that period who only thought of marrying into wealth and never challenged that mindset established by society. Wow, we've certainly come far.

I liked Eddie's character. He did have some rough ways about him but that had a lot to do with how he grew up and he and Jo came from a completely different world. I enjoyed the moments they were together, doing their own investigation and how Eddie would enlighten Jo about certain things. The two characters had a lot of differences, but were similar in the sense that they were both driven and I liked how their feelings grew and challenged both their worlds.

Fay was also a great character. She depicted the kind of person you'd find in today's society, someone who had a hard life and had to do whatever to survive. Her character was strong, and Jo learned a great deal from being around her. Their friendship was something special, and their conversations were interesting.

There were a few instances that my mind blanked and I was a bit confused as to what was taking place, but I still continued reading and I did like the story for the most part. The writing is wonderful, and I wasn't expecting the twist at the end with Fay. Overall, good story, just a bit slow at times.

About the Author
Jennifer Donnelly writes books for tweens, teens, young adults and not-so-young adults. Her 2003 novel "A Northern Light" ("A Gathering Light" in the U.K.) won Britain's prestigious Carnegie Award, a Printz Honor in the U.S., and was named by Time Magazine as one of the top 100 young adult books of all time. She is the author of the Waterfire Saga published by Disney/Hyperion.