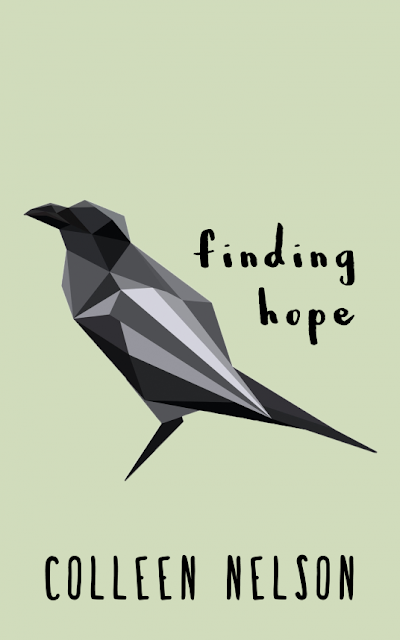 Hope leaves her small town for a fresh start, but her plans are derailed by an online romance and the appearance of her brother.

Hope lives in a small town with nothing to do and nowhere to go. With a drug addict for a brother, she focuses on the only thing that keeps her sane, writing poetry. To escape, she jumps at the chance to attend Ravenhurst Academy as a boarding student. She’ll even put up with the clique-ish Ravens if it means making a fresh start.

At first, Ravenhurst is better than Hope could have dreamed. She has a boyfriend and a cool roommate, and she might finally have found a place she can fit in. But can she trust her online boyfriend? And what can she do after her brother shows up at the school gates, desperate for help, and the Ravens turn on her? Trapped and unsure, Hope realizes that if she wants to save her brother, she has to save herself first.

Finding Hope seriously had my emotions all over the place. When I started the book, I noticed it was somewhat short and I was worried it wouldn't make an impact on me if the story wasn't fully fleshed out. Well, I was wrong, and am honestly impressed with the way the author delivered the intensity of abuse and how it affects the user, as well as the lives of everyone around that person.

I liked that the story was told in two POVs, taking us inside the heads of both siblings. It was obvious from the beginning that Eric was on drugs, but it was also obvious something terrible had happened, leading him down that painful path. Not many would have turned to meth as a way to escape what he'd been through, and at times I found myself angry at Eric for going that route while that bastard continued to live his life, but at the same time I understood and sympathized. He needed a way to cope with his demons and meth gave him the ability to numb that hurt. It was horrible, the way he lived and what he had to do for his next high, but I found this depiction rather realistic to that of drug abusers in society.

Now in Hope's case, she was an enabler. Big time. Their Dad had done the tough love thing and the Mom was trying to do that as well, but Hope would leave things like food, clothes, and money for Eric in a secret spot. I kept rolling my eyes at her because, duh, clearly he would use the money for drugs and would sell the stuff she gave him for money to buy drugs. But again, I understood her character. She was his sister, and she felt like she had to look out for her brother because she was afraid he'd end up dead if she turned him away. Hope had some issues of her own too. While she may not have been on drugs like her brother, the effect of his abuse on her became more obvious when she went off to the all girls boarding school.

Hope seemed desperate for a life where she could feel like she mattered too. A life that wasn't all about Eric. She needed to feel accepted. And it was hard for her to find friends at Ravenhurst. That is where some issues with her character started for me. I thought that maybe she could have looked for friends in her class, instead of trying to fit in with Lizzie and her followers. Also, her roommate was off-putting. She could have been nicer but hey, there really are people like her out there. And Hope was just too gullible. So quick to believe the nonsense spewed by that cruel clique, and often times her brother. Even worse, she believed that crap about the online guy who liked her. I just couldn't believe she'd fall for someone she hadn't met in real life and who never even called her on the phone. It was always through text or email, so it baffled me that she'd fall for that BS and send off that kind of picture. All in the name of trying to hold on to something that didn't drain her as much as Eric, and made her feel wanted.

While Hope was beyond stupid in doing that, I found her naivety somewhat realistic because there are girls who really do that. It happens on social media constantly. But I also blamed her mother. I felt like if she had paid more attention to her daughter and made her understand her value then Hope probably wouldn't be seeking it from anywhere else. Also, the Dad wasn't very present in the story. It would have been good to have him be more involved. Just so I could understand his character more. Regardless, it was still a good story. Wonderful writing. Very realistic when it came to drug abuse. And even though there were times I didn't quite get Hope's poetry, I still liked it and found it rather deep and intriguing. I highly recommend giving this one a read if you're looking for a story that's not too draggy while on the more serious side. 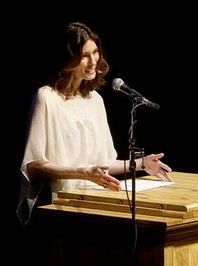 Colleen Nelson is the author of YA fiction books Finding Hope (2016), 250 Hours (2015), The Fall (2013) and Tori by Design (2011). 'The Fall' and 'Tori by Design' both won the McNally Robinson Book of the Year Award. 'The Fall' was also nominated for the White Pine Award. Currently living in Winnipeg with her husband, two young sons and three grown step-children, Colleen manages to eke out time to write everyday, but usually in the early morning after a strong cup of coffee. A junior high school teacher for ten years before having children, Colleen is familiar and comfortable with the tricky phase of life called 'adolescence'. Now a Teacher-Librarian in Winnipeg, Canada, Colleen is constantly on the look-out for books that will catch the attention of her reading-reluctant sons.

Posted by Shane @ItchingforBooks at 11:29 AM