CAN'T WAIT TO READ: True Letters from a Fictional Life by Kenneth Logan 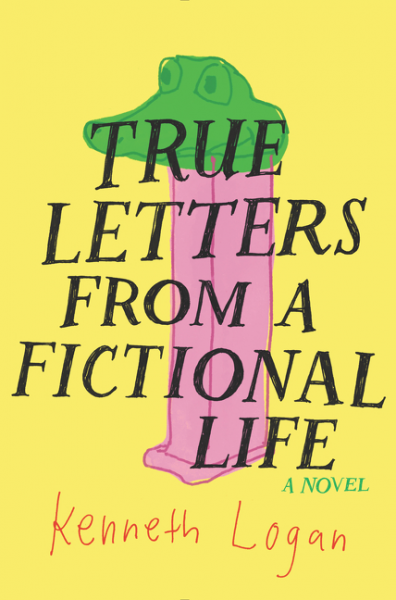 If you asked anyone in his small Vermont town, they’d tell you the facts: James Liddell, star athlete, decent student and sort-of boyfriend to cute, peppy Theresa, is a happy, funny, carefree guy.

But whenever James sits down at his desk to write, he tells a different story. As he fills his drawers with letters to the people in his world--letters he never intends to send--he spills the truth: he’s trying hard, but he just isn’t into Theresa. It’s a boy who lingers in his thoughts.

He feels trapped by his parents, his teammates, and the lies they’ve helped him tell, and he has no idea how to escape. Is he destined to live a life of fiction?

Kenneth Logan would prefer to forget his own high school experiences, so it’s anyone’s guess why he chose to (1) teach high school English and (2) write a novel about seventeen-year-olds. He wrote his book at a colleague’s suggestion: “This is the book you should write.” He’s in a doctoral program at New York University, where he studies language and literacy development. He lives in Brooklyn but enjoys escaping on outdoor adventures, especially in Vermont.

Kenneth’s debut novel, TRUE LETTERS FROM A FICTIONAL LIFE (Harper-Collins, Spring 2016), is a Young Adult Contemporary. A seventeen-year-old boy meets and falls for his first boyfriend. As their relationship deepens, he must decide whether to stay in the closet and remain quiet, safe, and sad, or find the courage to admit who he truly is to his rural hometown and to himself.
FACEBOOK | TWITTER