Review: How to Hang a Witch by Adriana Mather 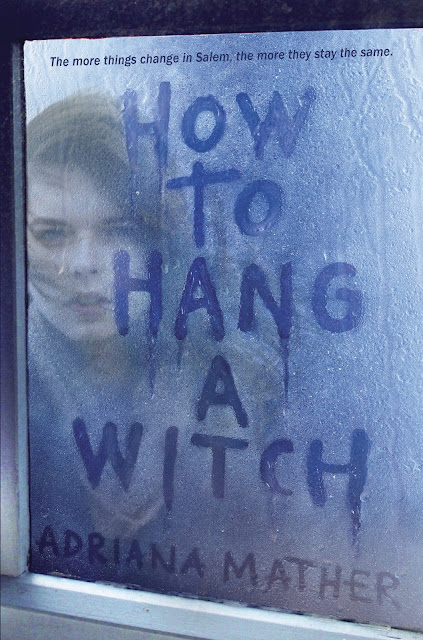 Salem, Massachusetts is the site of the infamous witch trials and the new home of Samantha Mather. Recently transplanted from New York City, Sam and her stepmother are not exactly welcomed with open arms. Sam is the descendant of Cotton Mather, one of the men responsible for those trials and almost immediately, she becomes the enemy of a group of girls who call themselves The Descendants. And guess who their ancestors were?

If dealing with that weren't enough, Sam also comes face to face with a real live (well technically dead) ghost. A handsome, angry ghost who wants Sam to stop touching his stuff. But soon Sam discovers she is at the center of a centuries old curse affecting anyone with ties to the trials. Sam must come to terms with the ghost and find a way to work with the Descendants to stop a deadly cycle that has been going on since the first accused witch was hanged. If any town should have learned its lesson, it's Salem. But history may be about to repeat itself.

Dark and intriguing, How to Hang a Witch filled me with questions from the beginning and had me spooked to the very end. The story definitely stirred me to the point that I wanted to learn more about the Salem witch trials and about Cotton Mather.

The book opened with Sam and her stepmother, Vivian, moving to Salem for reasons I had suspected weren't true. But still, I wanted to believe Vivian's intentions for Sam and her comatose father were good. I've always had this mentality about Salem being an eerie place and have been nervous about visiting, and this was all reinforced with the way Sam described the location and the sort of welcome she received, especially when people learned her last name. Being a Mather in Salem doesn't seem like the best choice one should make. And I figured perhaps that's why Sam's father evaded going back all those years and had kept Sam away too. I mean, there were rumors about her grandmother and the situation with the other descendants (descendants of accused witches at that) was not good. It was obvious that Sam was going to endure a lot of crap for being related to Cotton, but she never anticipated the level of isolation and discrimination, much less all the other paranormal stuff that arose upon her arrival.

Sam found herself in deeper water when people close to the descendants were being horribly affected by a so-called curse, and everyone, except her quirky spell-loving neighbor Mrs. Meriwether and her swoon-worthy son, blamed Sam. There were things that happened that made me wonder if Sam was truly connected, but with Elijah's ghostly presence and the way her stepmother was behaving, I knew something else was going on.

Although the story was creepy and I wanted to solve the mystery of this curse, there were moments that I found myself a bit confused, didn't really make sense of a particular detail, and would drift off. And at times the story seemed a bit draggy. But I continued reading because it was interesting and I needed to see how things would play out.

As for the characters, I liked Sam's personality. She had endured a lot and wasn't quick to open up to anyone. With all that she'd been through in the past, I didn't blame her, especially when she was hesitant to trust Jaxon. I wasn't sure about him at first either but his character grew on me. I liked his cockiness and how he tried to make Sam feel like she belonged. Jaxon was super kind and funny; I wanted more of his character though, just like his mother. I feel like Mrs. Meriwether could have added more to the story with how well she knew Sam's grandmother and father.

Overall, How to Hang a Witch is a really good debut. I loved how the author was able to incorporate her own research and family history, and delivered such an alluring story. The way she correlated what happened during the witch trials to modern-day bullying was nicely done as well. I'm now left with anticipation for what Adriana does next because I'm expecting her to give us more and more with her writing as she goes. Definitely give this one a read, but avoid doing so at night. 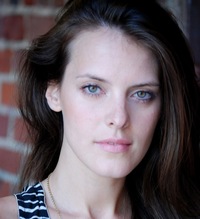 About the Author
Adriana Mather is the 12th generation of Mathers in America, and as such her family has their fingers in many of its historical pies – the Mayflower, the Salem Witch Trials, the Titanic, the Revolutionary War, and the wearing of curly white wigs. Also, Adriana co-owns a production company, Zombot Pictures, in LA that has made three feature films in three years. Her first acting scene in a film ever was with Danny Glover, and she was terrified she would mess it up. In addition, her favorite food is pizza and she has too many cats.
facebook.com/adrianamatherauthor
twitter.com/AdrianaMather


Posted by Shane @ItchingforBooks at 12:02 AM