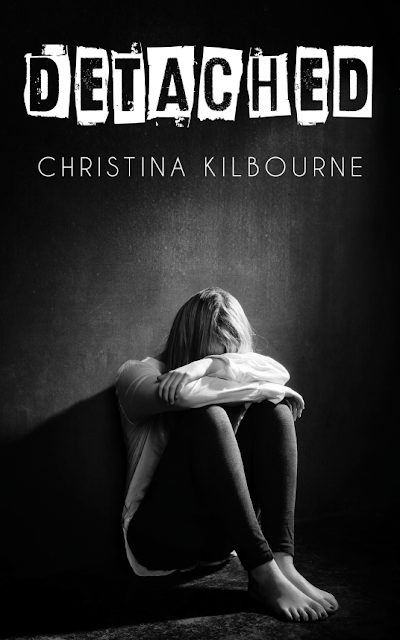 Anna has always been so level-headed, so easy-going, so talented and funny. How could anyone have guessed she wanted to die?

Anna is not like other people. For one thing, she’s been an accomplished artist since she was a preschooler. For another, she’s always felt like she didn’t belong: not with other kids, not with her family, not in her body. It isn’t until her grandparents are killed in a tragic accident, however, that Anna starts to feel untethered. She begins to wonder what it would be like if she didn’t exist and the thought of escaping the aimless drifting is the only thing that brings her comfort.

When Anna overdoses on prescription pain killers the doctors realize she has been suffering from depression and start looking for a way to help her out of the desperate black hole she never thought she would escape. It’s then that rock bottom comes into sight and the journey back to normal begins.

Sometimes the people that look really happy to you are in fact the ones suffering.

No one knew what Anna was going through internally. On the outside, she was a great student and a talented artist. After her grandparents' death, they all believed she was coping fine. But that's not the case.

It's rare to read a book about someone who spends her days coming up with ways to die. I found her thoughts very sad and so terrifying. I mean, the stuff she'd think up were so horrible. And throughout the story I kept wishing she would just give up on that and try to talk to someone about her feelings. There was a point where she'd failed at an attempt and I was convinced she would give up. But then she'd just continue on that path right after. It was easy for me to be frustrated with Anna's character and get mad at her for wanting to end her life, but this story was realistic in the sense that there are teens and adults like Anna going through the same thing. From the outside we judge and say things like it's cowardly or they're just giving up, but truly these people are dealing with a LOT.

I was mad at her parents, her mom in particular, for not seeing it. They were basically in denial, convincing themselves that Anna was fine. But there were hints, sometimes small, but it should have been enough for them to question from earlier on before it went further. Then again, I had to understand and see things from their point of view. They were parents doing their best and would never have guessed that their child was hurting so much that she'd want to commit suicide.

Overall, Detached is a great story touching on a serious and real topic. It has nice writing and very heart-tugging moments that will leave you thinking: do I know someone like Anna?
This is my first time reading a book by Christina Kilbourne, and I'm impressed. I want more.

Christina Kilbourne is an award-winning young adult author who handles complex subjects with sensitivity and tact while covering issues of critical significance to youth. She was born in Southwestern, Ontario, then moved and spent her elementary and high school years in Muskoka, a resort area two hours north of Toronto, Canada. Her novel, Dear Jo, was the recipient of three Canadian young reader’s choice awards. It was also shortlisted for a young reader’s choice award in New York. They Called Me Red was nominated for a Saskatchewan Young Reader’s Choice Award. She is a three-time recipient of an Ontario Arts Council Works in Progress Grant.

Christina graduated with an Honours BA in English Literature and Anthropology from the University of Western Ontario and completed her Masters degree in Creative Writing and English Literature at the University of Windsor, Ontario. Upon graduating Christina travelled across Africa, Mexico, Central, South America, Australia and parts of the South Pacific. She lived two years in New Zealand. Christina currently lives with her husband and two children near Bracebridge, Canada. She is a member of the Writer’s Union of Canada.
www.christinakilbourne.com | twitter.com/ChristinaKilbou


Posted by Shane @ItchingforBooks at 11:02 AM