Review: The Rains by Gregg Hurwitz 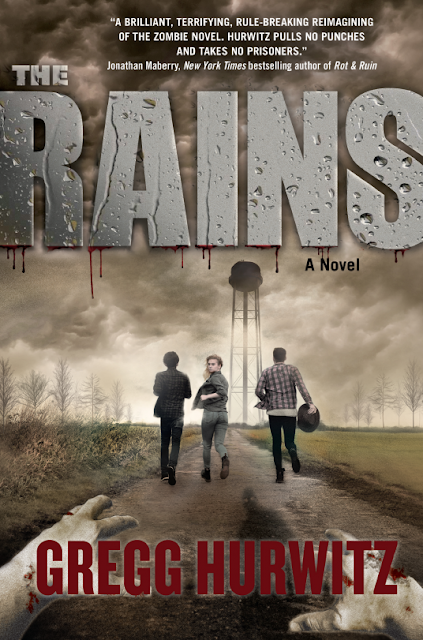 In one terrifying night, the peaceful community of Creek’s Cause turns into a war zone. No one under the age of eighteen is safe. Chance Rain and his older brother, Patrick, have already fended off multiple attacks from infected adults by the time they arrive at the school where other young survivors are hiding. Most of the kids they know have been dragged away by once-trusted adults who are now ferocious, inhuman beings. The parasite that transformed them takes hold after people turn eighteen—and Patrick’s birthday is only a few weeks away.

Determined to save Patrick’s life and the lives of the remaining kids, the brothers embark on a mission to uncover the truth about the parasites—and what they find is horrifying.

Battling an enemy not of this earth, Chance and Patrick become humanity’s only hope for salvation.

*Publisher approved my request on Netgalley in exchange for an honest review.

Initially, I assumed The Rains was about zombies. Turns out the story is much bigger than that. Yes, people are indeed transformed into zombie-like states, but a more otherworldly and malicious situation was unfolding.

Gregg Hurwitz had my undivided attention from start, and my interest never drifted. I loved how he got right to it, building up this dark world of terror and intrigue. Loved that the main characters were two brothers, and they were interesting individuals too. I liked their bond and how much they looked out for each other. Patrick, being the eldest, was more like a father-figure to Chance; he protected him to no end. And even though Chance was often the one shielded in his life, I liked that his character matured with the situation at hand and that he could survive  on his own without Patrick.

So much went down throughout the story, mainly pertaining to understanding what was happening to their little town and why. Every chapter had a chilling scene that made we wonder if one of the brothers would get taken. And the fact that Patrick was approaching his eighteenth birthday terrified me as much as everyone else in the story. I honestly never would have thought of what Chance did to save his big brother, but that was great thinking and yet another reason for liking his character. Chance was smart, and although he believed he wasn't as strong as Patrick, his quick thinking added a lot to the story and helped saved the day whenever they were in trouble.

My only issue with the story was that girl and how she impacted both brothers. It was understandable, being that all three grew up together. Still, I felt like too much else was going on for such a thing to be thrown in the mix.

Overall, loved the writing and the whole premise of teens being unaffected while adults had lost all their control. And it was crazy how being a senior citizen made you immune as well. The ending was quite a surprise. Never saw that coming, not even after what happened when Patrick turned eighteen. Yep, it's a really good story, not the usual zombie/alien parasites concept. And aside from leaving me with questions and the fact that I didn't care for some scenes and a particular girl, it was still a thrilling read and I look forward to the sequel. 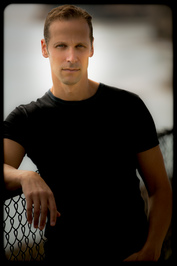 Gregg Hurwitz is the New York Times bestselling author of 15 thrillers, including the recently released ORPHAN X. His novels have been shortlisted for numerous literary awards, graced top ten lists, and have been translated into 27 languages.

He is also a New York Times Bestselling comic book writer, having penned stories for Marvel (Wolverine, Punisher) and DC (Batman, Penguin). Additionally, he’s written screenplays for or sold spec scripts to many of the major studios, and written, developed, and produced television for various networks. Gregg resides in Los Angeles.