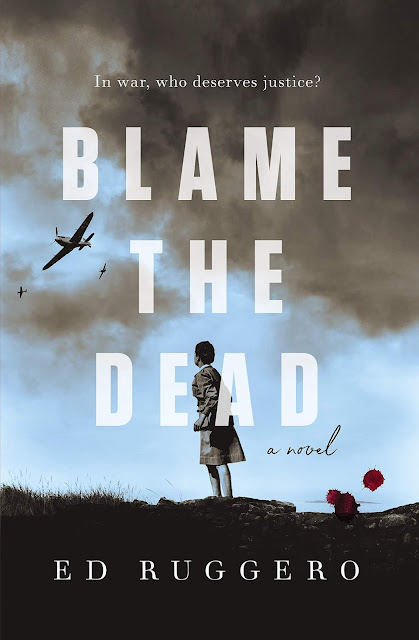 In BLAME THE DEAD,  Ruggero takes us to Sicily, 1943, where he tells the story of Eddie Harkins, former Philadelphia beat cop turned Military Police lieutenant, who reluctantly finds himself first at the scene of a murder at the US Army’s 11th Field Hospital. There the nurses contend with heat, dirt, short-handed staffs, the threat of German counterattack, an ever-present flood of horribly wounded GIs, and the threat of assault by one of their own.

As a former soldier himself, Ruggero is always intrigued by stories of soldiers, especially when they confront moral dilemmas. He is also uniquely qualified to write about this time period, conducting over 150 interviews with veterans and doing research in Sicily, where his family emigrated from in the early 20 th century. In fact, the protagonist, Eddie Harkins, is named after Ruggero’s own maternal great-grandfather. With BLAME THE DEAD , Ruggero explores a fascinating what-if mystery that touches on issues that stem from failed leadership, such as sexual harassment and sexual assault within the military, women and their roles in the war, and the real daily experience of those that served in a war that has often been “Disney-fied” by history books. 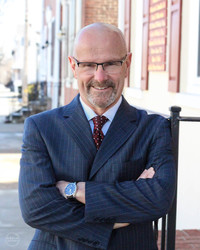 Ed Ruggero is uniquely qualified to write such a poignant tale of World War II. He is a West Point graduate and former Army officer who has studied, practiced, and taught leadership for more than twenty-five years. His client list includes the FBI, the NYPD, CEO Conference Europe, the CIA, the Young Presidents Organization, Forbes, among many others. He has spoken to audiences around the world on leadership, leader development, and ethics. Ruggero is also the author of eleven books, including Duty First: West Point and the Making of American Leaders, a study of leader development at the US Military Academy, and Combat Jump: The Young Men Who Led the Assault Into Fortress Europe, July 1943, which became a one-hour docudrama on The History Channel. Ed is also the co-author of The Leader’s Compass, a fictional story of how one leader developed a personal leadership philosophy. His most recent book is The First Men In: US Paratroopers and the Fight to Save D-Day.
www.edruggero.com | wunderkind-pr.com