Behind The Pages #5: Jessica Khoury on "Origin" 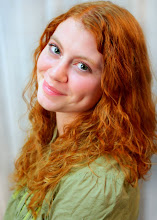 Jessica Khoury is set to unveil her debut novel, Origin. This new Science Fiction story is guaranteed to pull you in and completely distract you from the rest. Summer is hot, but Jessica is sure to cool you down with her compelling new book. Check out the interview for more:

Where are you from originally?
I was born in Toccoa, Ga, the town where I live now. In fact, by strange coincidence, after my husband and I married, we moved into the same house I lived in when I was a toddler!

What inspired you to become a writer and who are some of your biggest influences?
I’ve wanted to write since I was four, having been inspired by my picture-book author-hero, Syd Hoff. As I got older, my strongest inspirations were Lloyd Alexander and Brian Jacques. I lived and breathed their books for years.

Several authors are taking the Dystopian route. What distinguishes your book from the rest?
Origin is commonly mistaken for a dystopian novel, but it’s definitely not part of that genre. Origin is science fiction, and best described as an adventure/romance. So much about the story distinguishes it from current YA trends like dystopias. It’s set in the jungle, which is almost entirely unique in YA. The plot line is different from anything else you’ll see out there, as well. I’d say Origin actually has more in common with paranormals than dystopians; it takes the paranormal theme of immortality and looks at it from a science fiction angle.

Tell us about your debut novel, Origin.
Origin is the story of seventeen-year-old Pia, who has lived her entire life inside a secret research facility hidden in the Amazon rainforest. She’s been genetically engineered to be immortal, and the scientists who created her plan to use her to create more immortals. But when Pia sneaks out of the compound for the first time and meets a boy named Eio in the jungle, she starts to question the scientists’ motives—and begins discovering the dark truth behind her existence.

How much research went into building this story and making it authentic?
A LOT. Until this month, actually, I’d never been to a jungle, so I had to do hours and hours of research to effectively pull off the setting of Origin. I bought tons of books about the jungle—everything from native folk tales to those big, glossy coffee table books with photos of the rainforest—and I watched a ton of movies, documentaries, things like that. When I wrote, I played rainforest soundtracks in the background to keep myself squarely grounded in the setting. I spent dozens of hours online, researching every single detail in the story, such as what trees grow where, what plants are used for what purposes, how the indigenous tribes arrange their villages. Anything and everything I could do to immerse myself in the jungle, I did. I probably spent twice as much time researching as writing.

Did you actually travel to the places you wrote about in the book, for example the Amazon rain forest?
Nope. I wish!

What are you hoping readers will take from your first novel, why should we read it to begin with?
I hope readers will firstly enjoy the story for its freshness. It really is different from anything else out there, and can offer a respite from the overwhelming trends like dystopians and paranormal romances. If you’re looking for something new and different, Origin is exactly that. And when you finish the story, I hope you find yourself thinking about the same questions Pia must face. One of the ultimate questions in Origin is “does the end justify the means?” which is an age-old question—but a decidedly important one. My hope is that the story will stick in readers’ minds as being something a little deeper than just a jungle thriller, but as a story that looks at some of the deeper questions of humanity.

Will this be an ongoing series, or are you not going down that road?
Another thing which distinguishes Origin is that it is a stand-alone novel. There may be companion novels in the future, set in the same world but with very different characters and settings and storylines.

Aside from being an author, what else do you enjoy doing?
I have many hobbies—too many!—but some of my favorite are playing and coaching soccer (when I can discard my reclusive, quiet writer-self and become a total jock) and directing theatrical productions. I love the theater, and actually much of what I learned about writing came from directing plays.

Describe the perfect setting to write in?
On a snuggly couch, in the wee hours of the morning, in a rainstorm, with candles. Heaven. Pure heaven.

Why are redheads cool?
Because we’re rare, you can’t overlook us in a crowd, and no matter how you try, you are not going to get that color in a box—we’re matchless. J Also, the new Pixar movie BRAVE should answer any further doubts you may have as to the inimitable awesomeness of the natural ginger.

Thank you Jessica, any tips for aspiring writers, aside from being passionate?
Read everything. Write every day. Learn to recognize your own weaknesses as a writer, and then work to turn them into strengths. We are none of us born bestsellers; you have to hone your craft and be willing to learn. And no matter what, don’t give up. Just don’t.

Pia has grown up in a secret laboratory hidden deep in the Amazon rain forest. She was raised by a team of scientists who have created her to be the start of a new immortal race. But on the night of her seventeenth birthday, Pia discovers a hole in the electric fence that surrounds her sterile home—and sneaks outside the compound for the first time in her life.
Free in the jungle, Pia meets Eio, a boy from a nearby village. Together, they embark on a race against time to discover the truth about Pia’s origin—a truth with deadly consequences that will change their lives forever.
Origin is a beautifully told, shocking new way to look at an age-old desire: to live forever, no matter the cost. This is a supremely compelling debut novel that blends the awakening romance of Matched with the mystery and jungle conspiracy of Lost.

Posted by Shane @ItchingforBooks at 1:21 PM