by Jamie Blair
Expected publication: September 3rd 2013
Publisher: Simon & Schuster Books for Young Readers
Synopsis via Goodreads:
Now that Leah Kurtz has a place to call home, there’s no way she can tell the truth.
That her name is Faith, not Leah.
That she’s seventeen, not nineteen.
That the baby isn’t hers—she kidnapped her.
She had to kidnap Addy though. She couldn’t let her newborn sister grow up like she did, with parties where the drugs flow all night and an empty refrigerator in the kitchen holding nothing but pickle juice and ketchup packets inside.
She can’t risk losing Chris—the only guy she’s ever given herself to completely—by telling him she’s been lying. He’s the most generous person she’s ever known, and he’s already suffered the tragic deaths of his mom and infant sister.
But being on the run with a newborn catches up with her when a cop starts asking questions, and Chris’s aunt finds a newspaper article about Faith and a missing baby. Faith knows it’s time to run again—from Chris and the only place that’s ever felt like home. 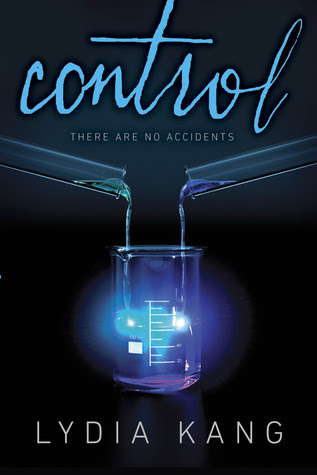 by Lydia Kang
Expected publication: December 26th 2013
Publisher: Dial Books for Young Readers
Synopsis via Goodreads:
After the violent death of her father, 17 year-old Zelia loses her younger sister, Dylia, during an abduction at a foster care agency. It turns out her sister Dylia isn’t just pretty and sweet – she’s illegal. In the year 2150, DNA must be pure by law, and anyone with enhanced genes face death. Zelia’s only allies are the freak-show inhabitants of her new, underground foster home. Along with the unexpected love of a very strange boy, she will need her flaws and their illicit traits to save the only family she has left.
I'm really interested in reading both books, especially Lead of Faith because of that kidnapping and change of identity concept.
What are you waiting on?
Posted by Shane @ItchingforBooks at 12:00 AM