Welcome to the IFB stop on the Tania Penn Morning Star blog tour. Find my review below, click the image for the rest of the stops, and be sure to enter the giveaway: 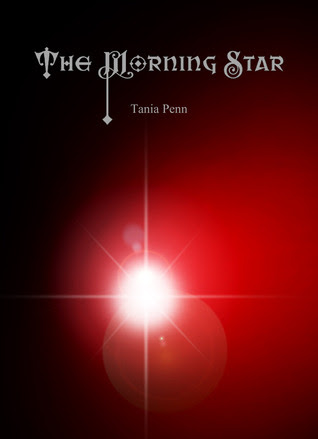 Synopsis via Goodreads:
Being the daughter of Lucifer keeps seventeen year old Dawn Belial busy. For almost her entire lifetime, she has been trying to think of a way to free her Archangel mother, Michaela, whom her father has held captive for centuries. She's also attending high school - balancing trigonometry, history, and recruiting souls for her father along with her wicked half-sister, Venus.


There has been no time for love until she meets mysterious Gabriel, a British exchange student. As they fall in love against their will, she discovers a startling secret about him, and a shocking connection to her mother that changes everything.

At first I wasn't sure how receptive I would be towards this story because of the religious aspect surrounding the plot, but it turned out to be quite interesting. I thought Tania did a good job incorporating these spiritual elements and giving readers a look from the other side of the fence. The world building was arousing. And though rudiments were dark and devious, I didn't mind going further to discover more.

Dawn seemed like a good daughter doing all the deeds for her father. In fact, she seemed too nice to be of someone so dark, but then once Lucifer stepped into the scene he actually appeared to be a nice enough father to her. Not expected. Dawn was a fair character but I wasn't very drawn to her personality and I felt like we couldn't connect at all. That didn't push me away from the story, though. I liked when Gabriel entered the picture and all of a sudden Dawn was experiencing feelings she hadn't before. She ended up facing a dilemma that became one of my favorite parts of the story.

Aside from the never-ending battle of good and evil, and a bit of romance, I liked the writing and the pace. Not once have I yawned or rolled my eyes at the computer, Tania's a great author and I think this story was fresh and tremendously brilliant.


Author of debut young adult novel, The Morning Star. Currently working on the sequel, Equinox, as well as a chick-lit, rom-com, slightly sleazy and funny story with a twist, Catching Frogs. And, because she's loco in the roco, Tania's got about 12 more on the back burner. When she's not writing she can be found kayaking, hiking, ninja-training, traveling, and taking a ferry over to the San Juan Islands to search for the elusive creature known as the "Orca." Tania is also constantly adding ridiculous wants, needs, must-see's and do's to her ever expanding bucket book.

a Rafflecopter giveaway
Posted by Shane @ItchingforBooks at 11:00 AM