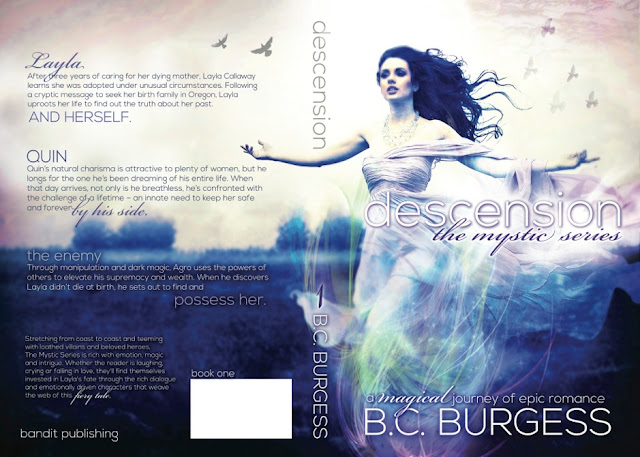 Synopsis via Goodreads
A Magical Journey of Epic Romance


After three years caring for her dying mother, Layla Callaway learns she was adopted under unusual circumstances. Following a cryptic message to seek her birth family in Oregon, Layla uproots her life to find out the truth about her past. And herself.


Quin's natural charisma is attractive to plenty of women, but he longs for the one he's been dreaming of his entire life. When that day arrives, not only is he breathless, he's confronted with the challenge of a lifetime - an innate need to keep her safe and forever by his side.


Through manipulation and dark magic, Agro uses the powers of others to elevate his supremacy and wealth. When he discovers Layla didn't die at birth, he sets out to find and possess her.


Stretching from coast to coast and teeming with loathed villains and beloved heroes, The Mystic Series is rich with emotion, magic and intrigue. Whether the reader is laughing, crying or falling in love, they'll find themselves invested in Layla's fate through the rich dialogue and emotionally driven characters that weave the web of this fiery tale. 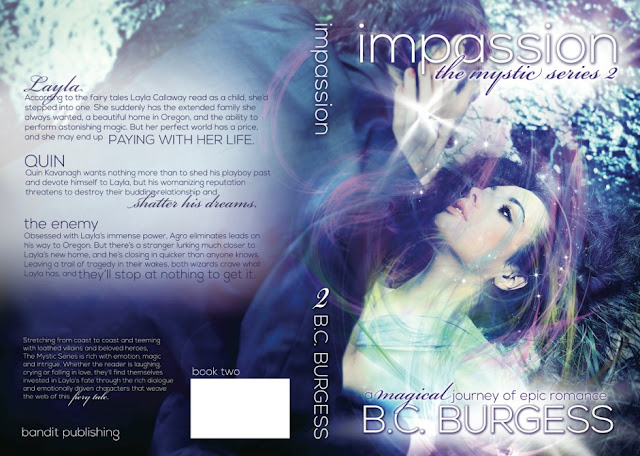 Layla
According to the fairy tales Layla Callaway read as a child, she'd stepped into one. She suddenly has the extended family she always wanted, a beautiful home in Oregon, and the ability to perform astonishing magic. But her perfect world has a price, and she may end up paying with her life.
Quin

Quin Kavanagh wants nothing more than to shed his playboy past and devote himself to Layla, but his womanizing reputation threatens to destroy their budding relationship and shatter his dreams.
The Enemy

Obsessed with Layla's immense power, Agro eliminates leads on his way to Oregon. But there's a stranger lurking much closer to Layla's new home, and he's closing in quicker than anyone knows. Leaving a trail of tragedy in their wakes, both wizards crave what Layla has, and they'll stop at nothing to get it.


So, what do you think of the new covers?
Posted by Shane @ItchingforBooks at 12:00 AM