BOOK BLITZ~Eyes Ever to the Sky by Katie French 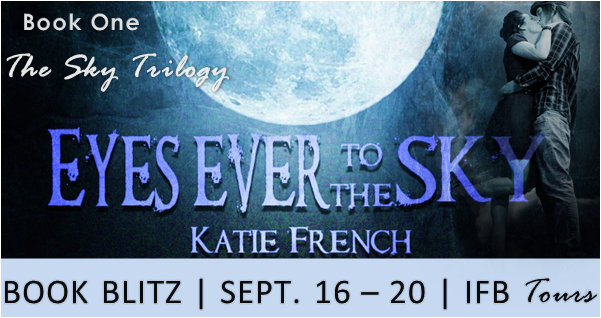 The Katie French Book Blitz for Eyes Ever to the Sky, the first in her YA paranormal romance Sky Trilogy, has ended. See schedule below. 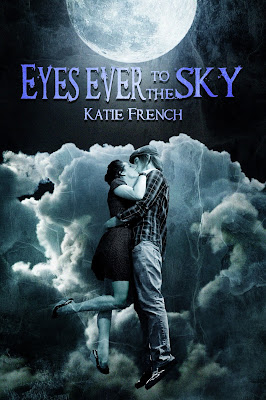 When Hugh wakes up in a smoldering crater—no memory, no clothes—a single thought echoes in his head…trust no one. Frightened and alone, with no memory of who he is, he stumbles upon a grisly murder scene and is fatally shot. He wakes, only to find he can heal himself. He has superpowers, and he’s going to need them.

Desperate and bleeding, Hugh stumbles upon fifteen-year-old Cece, who’s got enough troubles of her own. Between caring for her bipolar mother and trying not to get evicted from her run-down trailer, Cece may be the only person struggling as much as Hugh. Drawn to Hugh, Cece finds a love she’s never known. But when the real killer—a man-hunting beast—chooses another victim, Hugh and Cece realize they must unlock the clues to their past if they have any chance at a future.

Katie French imagined herself an author when her poem caught the eye of her second grade teacher. In middle school she spent her free time locked in her room, writing her first young adult novel. Though her social life suffered, her love for literature thrived. She studied English at Eastern Michigan University, where she veered from writing and earned an education degree. She spent nine years teaching high school English. Currently she is a school counselor, doing a job that is both one of the hardest things she's ever done and the most rewarding. In her free time she writes, reads great books and takes care of her two beautiful and crazy children. She is a contributor and co-creator of Underground Book Reviews, a website dedicated to erasing the boundaries between traditional and non-traditional publishing. She lives in Michigan with her husband and two children.

Sept. 17 - A Dream Within A Dream
Bookcomet

Sept. 19 - The Temporary Escape
Writer of Wrongs
Such A Novel Idea

Posted by Shane @ItchingforBooks at 7:02 AM