BOOK BLITZ~Hopeless For You by Hayden Hill 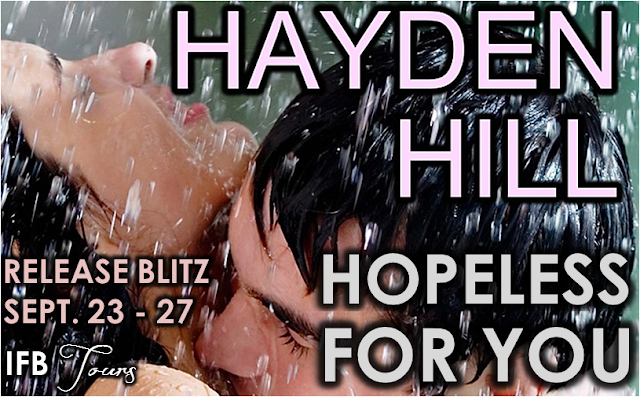 The Hayden Hill's Release Blitz for her debut New Adult Contemporary Romance  Hopeless For You has ended! Relive the tour below:

Synopsis via Goodreads:
"If I am more alive because love burns and chars me, as a fire, given wood or wind, feels new elation, it's that he who lays me low is my salvation, and invigorates the more, the more he scars me."


Hayden Hill is a New Adult Romance author. Her debut novel, Hopeless for You will be released in September 2013.


Writing HOPELESS FOR YOU was an emotional rollercoaster for Hayden. It started out as a rosebud of an idea which grew into this all-consuming tree. She poured everything into the book, heart and soul. It was a labor of love that’s for sure. They say that great art comes from pain. Well then Hopeless For You is her greatest work yet.


Thanks for giving the book a chance!