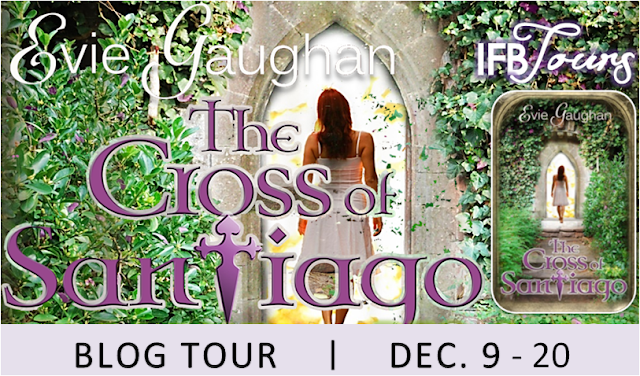 The Evie Gaughan the Cross of Santiago Blog Tour has wrapped. See schedule below: 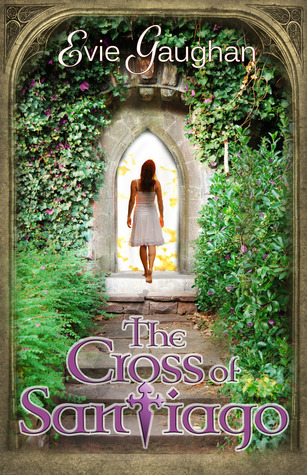 Synopsis via Goodreads:
“One cross will bind two couples across four centuries.”

An ancient love story, locked in the heart of a sunken Armada ship, is destined to find its happy ending... even if it takes four hundred years.

Amanda Morrison does not believe in love or destiny, but when a long-lost aunt leaves her a mysterious golden cross in her will, her uneventful life in Galway City is turned upside down. The arrival of Xavier, a charismatic yachtsman in search of treasure and adventure, complicates life further, as their paths seem destined to cross. While Amanda tries to uncover the truth about her family’s past, a strange series of events ensues, involving drama on the high seas, hypnosis, scary sheep, Armada treasure and five-a-side football championships. Though, not all in that order. An intriguing tale of love, redemption and the power of a soul's promise.

Evie Gaughan is an Irish author based in Galway City, where she finds much of her inspiration. Influenced by writers such as Maeve Binchy and Diana Gabaldon, Evie has crafted her own unique writing style that is warm, engaging and full of humour. She has published several short stories, poems and feature articles and works as a freelance writer.
When not writing, Evie likes to paint and has many works exhibiting in local galleries and on-line. A self-confessed crafter, her Galway home is full of hand-made designs. Evie is currently working on her second novel.

NOTE: Please do not post any negative reviews that is hurtful to the author and affects the promotional aspect of the tour. Post the blurb & giveaway instead, or send me an email if you'd like to back out altogether. Thank you for understanding.