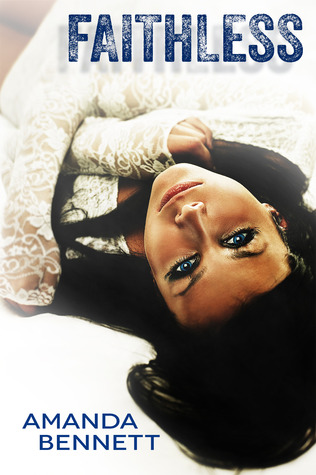 Sometimes in the darkness, we find the light. At least the fortunate ones do. For those who don't want to find the light are sometimes forced into it. What do you do when a stranger in the darkness ends up being your savior?
Riley Turner never expected or wanted to see her twenty-first birthday, and she planned not to. Feeling lost and alone her entire life with no one to love or support her, there was never a reason to exist. That was until the stranger who saves her, becomes the one person to show her what life is really about. Riley finds her world being turned upside down and for the first time ever, finds herself wanting to live.

Everything happens for a reason, and sometimes that reason doesn't always make sense, especially when life hasn't always been so kind. Will Riley be able to over come her fears and finally find a reason to live her life, or will she see just how cruel life really can be after believing and taking a chance?

*Received ecopy as a gift.

Faithless was different in some ways for me. The setting is definitely new, because I'd never read a book where the main characters were in a psychiatric hospital, so that really intrigued me. Also, I liked Riley at start. Her character had suffered a great deal and had given up on life completely. I was happy when things turned around for me, in meeting Tristan and learning the truth about her mother. Also, it was nice seeing how she started opening up and began trusting people.

Tristan was also a likable character. I never suspected a thing about him. So that part was well covered and left unraveled till the right moment. Then after that came out I believed he was fine to begin with and had no problems to deal with. I was wrong. Tristan had a big issue even though he was initially in that situation to help Riley. So, I was thrilled when he started to work on his pain as well.

As far as the writing, it was interesting enough. In fact, the story had the potential to be great, with the deep, emotional issues the main characters were facing. However, it turned out to be an okay read because there were some things that, in the end, I just couldn't overlook. The main problem for me was how unrealistic and inappropriate the hospital was. There were things taking place that had completely baffled me. There were also gaps in the story that I'm still curious about but I don't necessarily find them too big of a deal. Aside from that, and how Riley's light switch feelings for both guys confused me, I did like Faithless. I just didn't feel fireworks.