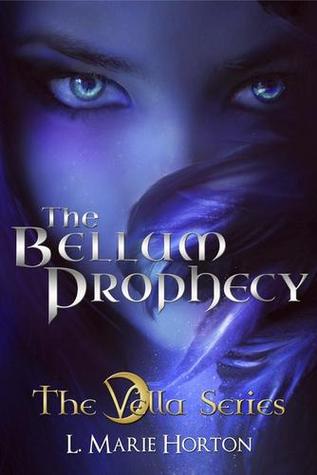 Two Wars, One Destiny. Seventeen-year-old Edyn Vella always knew that her strange dreams of the future made her unique, but she never knew what they meant. However, when she fails to stop her aunt's murder by an ominous vampiric creature, Edyn learns that her prophetic visions aren't the only superhuman ability she possesses.

Following her late aunt's clues, Edyn finds herself in New York City attempting to save her last surviving relative, the powerful and reclusive billionaire, Ethan Roux. Edyn not only discovers Ethan isn't exactly human, but that she is at the center of an ancient prophecy and could determine the outcome of an impending war.

As Ethan's Omega, his only human descendant, she's thrust into an enigmatic world full of new supernatural creatures where both good and evil vampires and warlocks have waged a centuries-long battle for the fate of humanity. Just as her relationship with the mysterious and handsome Brendan begins to blossom, Edyn's complicated new life quickly spirals out of control when ancient evil becomes determined on making her one of them. Edyn must discover her inner strength while making the choice between a long life without love and a potentially short life full of it.

The Bellum Prophecy is a dark, suspenseful new novel that explores the loss of innocence while coming of age in the midst of a battle between good and evil. Combining the best elements of vampire legend, the supernatural, and even magic, L. Marie Horton uses exciting action and a cutting-edge story to craft a refreshing new take on young adult fiction. 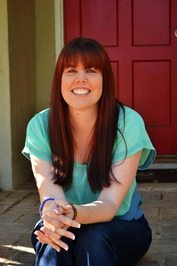 L. Marie Horton is an attorney practicing law in Fresno, California. After completing her degrees, she gave the left side of her brain a rest and became devoted to writing fiction. L. Marie is also a photographer, avid speed-reader, and an obsessive fan of movie soundtracks. She has a supportive husband and two fur children, Scottie a.k.a. Daba D and Gunnar a.k.a. da Gun Gun’s.

L. Marie writes YA paranormal romance and fantasy fiction focusing on strong characters trying to overcome extraordinary obstacles in their life. Writing is an extreme passion of hers and she relishes in sharing that passion with her readers.
www.lmariehortonauthor.com | twitter.com/Lmariehorton

NOTE: Please do not post any negative reviews, below 3 stars, that is hurtful to the author, and affects the promotional aspect of the tour. If you didn't enjoy the story, post the blurb and giveaway instead, or send me an email if you'd like to back out of the tour. Thank you for understanding.

April 29th -
Once Upon a YA Book *Spotlight
Book Sniffers Anonymous *Interview
Everything Marie *Spotlight
The Story Goes... *Spotlight

Posted by Shane @ItchingforBooks at 10:40 AM