Behind the Pages #16: Gabrielle Tozer on The Intern

Welcome to another edition of Behind the Pages! Today, the delightful Gabrielle Tozer has stopped by to discuss her debut, The Intern, as well as to share a bit about her journey to becoming a published author. Continue below for the interview along with a awesome giveaway! 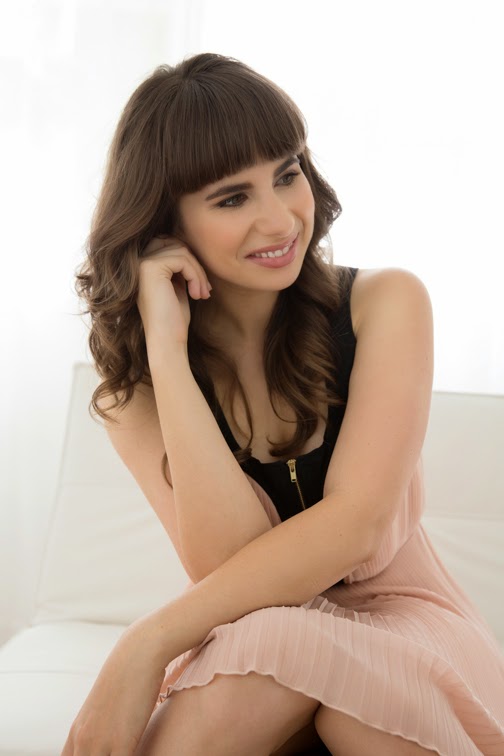 1. Tell us a little about yourself. When did you realize you wanted to become a writer?

Why hello! My name is Gabrielle Tozer, but lots of people call me Gabby, Gab, Gabs, GT, G&T, Booti, G-Mac and G-unit. I grew up in a small inland city called Wagga Wagga (pronounced ‘Wogga Wogga’) and now live in Sydney, Australia with my husband of two years. We live in a shoebox of an apartment in the city, but love it because we are in walking distance of loads of great stuff (and by ‘great stuff’, I mean ‘dumplings’).

I’m one of those weirdos who’ve known what they want to be when they “grow up” since they were little. My love of writing stemmed from my love of reading and by about six years old, I announced I wanted to be an author and a news reporter. (Apparently I also wanted to be an actress, but these days I’m pretty happy just watching TV, movies and musicals).

Since then I’ve gone on to work as a journalist, editor, sub-editor and copywriter, just to name a few – and in the last three years… an author! My debut novel THE INTERN came out in Australia in January (and it’s out in the US and Germany now too!), and the sequel comes out in Oz in a few months. <insert cliché about it all being a dream come true here>

2. Who are some of your influences?

I grew up reading anything and everything, including Roald Dahl, Morris Gleitzman, Paul Jennings, Melina Marchetta and John Marsden. The first three inspired me to embrace the ridiculousness and tap into my imagination, while the last two encouraged my love of contemporary YA, voice and storytelling.

3. How is it writing and editing for magazines, newspapers and such, as oppose to actually writing a complete novel?

It’s a trip-out! There are obviously big – okay, ginormous – differences with word-count, deadlines etc. And sitting in a room bashing out a novel is a solitary act compared to the fast-paced vibe of a busy magazine office. Overall, though, writing for magazines since the age of 18 has been a fantastic training ground for me as an author. It’s helped me adjust to meeting and beating publishing deadlines, coming up with story angles, thinking about storytelling and audience, and never forgetting the importance of editing. I love the thought, time and care that’s given to each novel before it hits the printer – it’s such a treat. 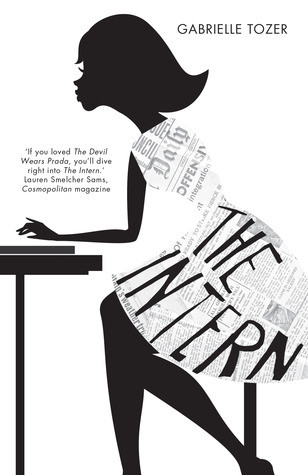 4. Josie, the main character in your debut novel, The Intern, hopes to acquire a career in journalism. How much of your experiences did you apply to the story?

Josie Browning isn’t me – The Intern isn’t a memoir – but there are elements of me in there. In terms of the obvious: I completed work experience and internships before getting my ‘big break’ (although I was slightly older than Josie when that handed). I also studied journalism (side bar: I also studied a creative writing unit which were my favourite subjects). There have definitely been awkward and stressful moments over the years, which I tapped into wherever possible. My real-life little sister Jacqui dressed me for my first big job interview – and I used that scenario as inspiration for the opening chapter.
I was also a little nervy with guys at high school – okay, not as bad as JB – and I still share her love of Hawaiian pizza. In fact, I had one two nights ago. It was delicious.

4. What is the Bottom Rung and how does it relate to The Intern?

It’s an online series on my website gabrielletozer.com designed to inspire and help young women and men who are trying to crack into creative industries, such as the media, fashion, beauty, TV, film, radio, theatre and design. In the lead-up to The Intern’s release, I was contacted regularly from people asking for career advice, so I decided I wanted to be able to give it to as many people as possible. I’ve had my share of brilliant mentors over the years, so setting up The Bottom Rung in such a public forum was a simple, accessible way to “pay it forward”. I rounded up a fab group of experienced people from a number of industries and interviewed them for their best career advice. It went well, so I hope to do another round of chats soon to keep sharing the love. 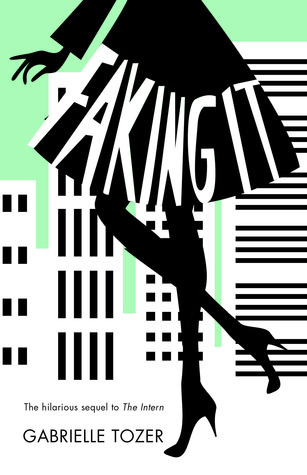 5. What can readers expect from the sequel, Faking It?

I’m not allowed to reveal too much (and I also don’t want to give away any spoilers for The Intern either), but readers can expect more awkward moments, confusing situations, butterfly-inducing scenarios and laughs. Faking It is set three months later, so a few areas of Josie’s life have really changed, giving her more challenges to go up against! Like The Intern, the sequel embraces the fun and ridiculous – it’s not designed to be a memoir or truly realistic – so I hope readers are entertained and enjoy the escapism.

6. Aside from writing, you're also involved in charity work. Particularly, you're an Online Ambassador for the Do It In A Dress campaign. For those who aren't familiar with this, could you please tell us about its objectives and your part in it?

Of course! I’m so proud to be a 2014 Online Ambassador for Do It In A Dress, which is doing its part to raise money for the 66 million girls in the world who aren’t in school. Even Oprah’s doing her bit! As I said in a recent interview with One Girl (who organise the campaign): I was a total nerd at school – a dork, a square, a goodie-two-shoes – and my education has really set me up for a (hopefully) bright future. I don’t want anyone to miss out on that. I want to see so many bright futures out there that the world is lit up with knowledge. One in, all in! You can find out more here: www.doitinadress.com

8. Any other projects in the works?

Well, the sequel Faking It is coming out in Australia in December, so hopefully it will make its way to the US one day too! I also have a folder filled with ideas, but there is one contemporary YA stand-alone idea that keeps buzzing around in my brain. It’s set in late high school and has a different feel to my first two books, so as a newbie author I’m excited for the challenge. It’s still in the very early stages, though. I've plotted out the first four chapters in my notebook, so I just need to carve out some time to put fingertip to keyboard to write them!

9. Thank you for taking the time. Please leave any tips you may have for aspiring writers.

My pleasure! It’s been a lot of fun. My tips? Read, read, read. Then read some more. Write a first draft and know it’s going to be pretty terrible. That’s OK! That’s perfectly fine. It’s impossible to edit a blank page, so once that first draft is written, then you can put on your ‘editing hat’ and whip it into shape. Last but not least, know why you want to be a writer and keep that goal in mind. Use it to stay motivated during the tough weeks. Oh, and chocolate comes in handy, too. Best of luck!

Brief Bio:
Gabrielle Tozer is an Australian author, journalist and editor. In the past 12 years she’s written for numerous titles, such as Cosmopolitan, DOLLY, Girlfriend, Bride To Be, TV WEEK, news.com.au and The Canberra Times. Her YA novel The Intern is out now in the US, Germany, Australia and New Zealand, and the sequel Faking It hits shelves in Australia in mid-December. She is currently working on her third book with Harper Collins.
Say hello: abrielletozer.com, facebook.com/hellogabrielletozer, twitter.com/gabrielletozer and instagram.com/gabrielletozer.

Win a paperback copy of The Intern. 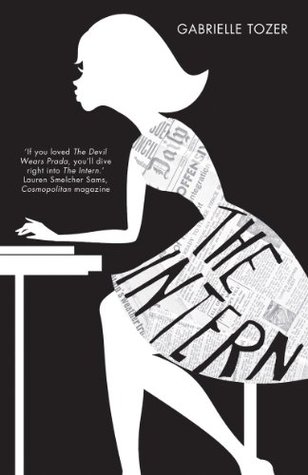 Email ThisBlogThis!Share to TwitterShare to FacebookShare to Pinterest
Labels: Behind The Pages, gabrielle tozer, giveaways, Interviews, the intern