CAN'T WAIT TO READ: Bound by Blood and Sand by Becky Allen 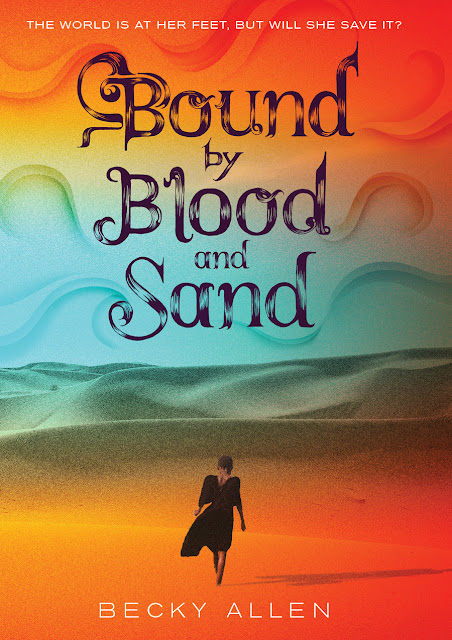 Synopsis via Goodreads:
Jae is a slave in a dying desert world.

Once verdant with water from a magical Well, the land is drying up, and no one remembers the magic needed to keep the water flowing. If a new source isn’t found soon, the people will perish. Jae doesn’t mind, in a way. By law, she is bound by a curse to obey every order given her, no matter how vile. At least in death, she’ll be free.

Lord Elan’s family rules the fading realm. He comes to the estate where Jae works, searching for the hidden magic needed to replenish the Well, but it’s Jae who finds it, and she who must wield it. Desperate to save his realm, Elan begs her to use it to locate the Well.

But why would a slave—abused, beaten, and treated as less than human—want to save the system that shackles her? Jae would rather see the world burn.

Though revenge clouds her vision, she agrees to help if the kingdom’s slaves are freed. Then Elan’s father arrives. The ruler’s cruelty knows no limits. He is determined that the class system will not change—and that Jae will remain a slave forever.

By day, Becky Allen is the site director for TheBody.com, the internet’s most comprehensive HIV/AIDS resource. She's been working there for a bit over seven years. Becky lives in New York with her sister and cat. When she was a kid, her dad used to threaten that someday, when she grew up, Becky would have to get up at 6 AM to get to work on time. Her entire adult life has been a quest to avoid that. This is mostly because Becky hates mornings, and a little bit out of spite.
TUMBLR | INSTAGRAM | TWITTER

Posted by Shane @ItchingforBooks at 11:59 AM