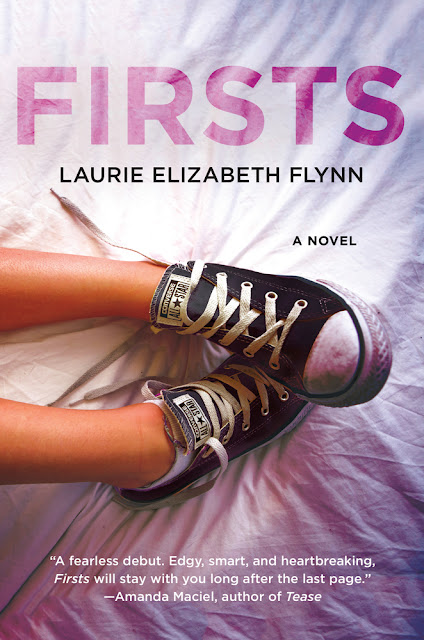 Seventeen-year-old Mercedes Ayres has an open-door policy when it comes to her bedroom, but only if the guy fulfills a specific criteria: he has to be a virgin. Mercedes lets the boys get their awkward, fumbling first times over with, and all she asks in return is that they give their girlfriends the perfect first time- the kind Mercedes never had herself.

Keeping what goes on in her bedroom a secret has been easy- so far. Her absentee mother isn’t home nearly enough to know about Mercedes’ extracurricular activities, and her uber-religious best friend, Angela, won’t even say the word “sex” until she gets married. But Mercedes doesn’t bank on Angela’s boyfriend finding out about her services and wanting a turn- or on Zach, who likes her for who she is instead of what she can do in bed.

When Mercedes’ perfect system falls apart, she has to find a way to salvage her reputation and figure out where her heart really belongs in the process. Funny, smart, and true-to-life, FIRSTS is a one-of-a-kind young adult novel about growing up.

After reading the blurb, I became intrigued and wanted to understand why Mercedes was doing what she considered a good thing for the virgins. I knew there was something deeper than that and I was curious about what led to her being that way. But I couldn't stop the frustration I felt towards her for sleeping with these guys who were in relationships, and I found those guys just as terrible for doing that when their girlfriends were saving themselves for them. It's such a double standard when girls are expected to be virgins but guys aren't. And there was nothing Mercedes could say or do to justify that sleeping with them was helping out their girlfriends' first time. I found her reason rather ridiculous and I actually couldn't wait for everything to come out so she'd get a wake up call.

Mercedes clearly had a lot of problems in her home life and past. She had a horrific first time with a moron, and that affected her seriously where sex was involved. I also believe that if her family structure wasn't so messed up and if her mother could just be a mother to Mercedes, then she wouldn't need to be using sex as a substitute or a way to fill that emptiness in her heart, because to me that's what she was doing. And I was happy when she started to understand that sleeping around with other girls' boyfriends was wrong, and it's a good thing that she seemed to want to change and address her emotional issues.

I didn't really care for her best friend, Angela. I found her character too prim and proper and she was so easy to judge everyone else when she herself was with a douchebag. I guess when you're young and think you're in love, you tend to get caught up in the lies and live in denial. I had no problem with her religion because I have my beliefs too, but Angela was just so...I don't even know how to put it in words. I just didn't care for the girl.

Even though Zach was also hooking up with Mercedes, he truly wanted more with her, but she was so focused on what she was carrying on with in her bedroom that she couldn't see that Zach was a nice enough guy that liked her. I mean, I didn't like what he and the new girl did to help deter everyone from Mercedes' sex tape, but all in all, he continued being there for her in spite of what she did and in spite of how much it hurt him.

There wasn't a lot else that went on in the story, it mainly surrounded Mercedes' bedroom activities, her "relationship" with her mother and friends, and that past encounter that affected her perception of sex. It was also about her figuring stuff out and learning to trust, whether it was trusting her parents or opening up her heart to Zach. Not a bad story, but I definitely had some issues with Mercedes. 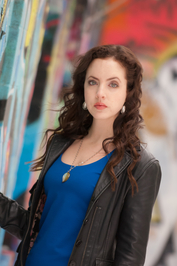 Laurie Elizabeth Flynn writes contemporary fiction for young adults. Her debut, FIRSTS, will be published by Thomas Dunne Books/St Martin’s Press in 2016.
Laurie went to school for Journalism, where the most important thing she learned was that she would rather write made-up stories than report the news. She also worked as a model, a job that took her overseas to Tokyo, Athens, and Paris.
Laurie now lives in London, Ontario with her husband Steve, who is very understanding when she would rather spend time with the people in her head. Laurie can mostly be found writing happily at her desk, with the world’s most spoiled Chihuahua on her lap. Laurie drinks way too much coffee, snorts when she laughs, and times herself when she does crossword puzzles.
www.laurieelizabethflynn.com | facebook.com/laurieelizabethflynn

Posted by Shane @ItchingforBooks at 11:28 AM