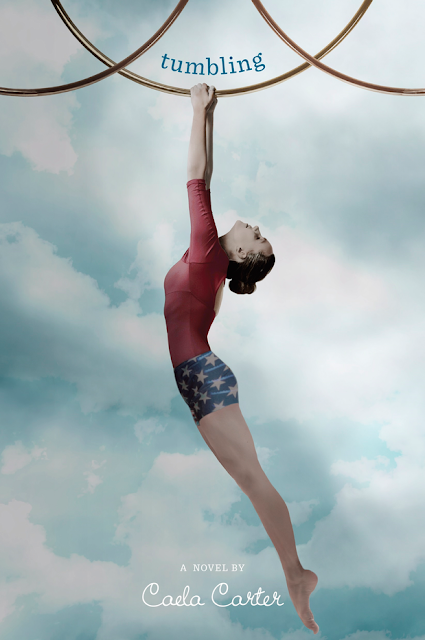 Work harder than anyone.
Be the most talented.
Sacrifice everything.
And if you’re lucky, maybe you will go to the Olympics.

Grace lives and breathes gymnastics—but no matter how hard she pushes herself, she can never be perfect enough.

Leigh, Grace’s best friend, has it all: a gymnastics career, a normal high-school life... and a secret that could ruin everything.

Wilhemina was denied her Olympic dream four years ago, and she won’t let anything stop her again. No matter what.

Monica is terrified. Nobody believes in her—and why should they?

By the end of the two days of the U.S. Olympic Gymnastics Trials, some of these girls will be stars. Some will be going home with nothing. And all will have their lives changed forever.

Caela Carter grew up in Basking Ridge, NJ and Baltimore, MD. She's been writing since she learned how to pick up a pen but before the writing thing got serious she spent six years teaching English to middle and high school students in Jacksonville, FL and Chicago, IL. Her debut novel, ME, HIM, THEM AND IT was published in 2013 by Bloomsbury. When she's not writing, Caela is a teacher of some awesome teens in Brooklyn, a Notre Dame football enthusiast, and a happy explorer in New York City.
www.caelacarter.com | twitter.com/CaelaCarter