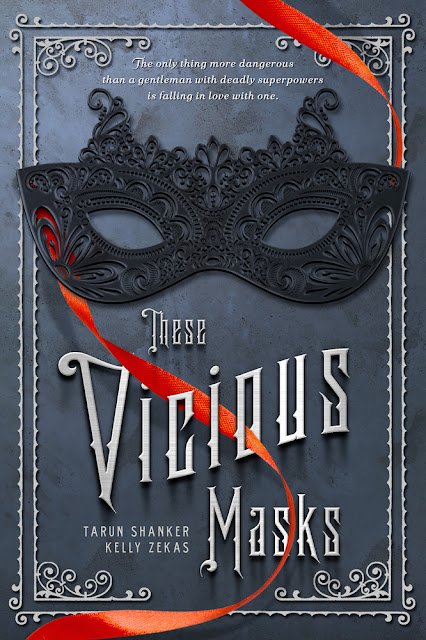 England, 1882. Evelyn is bored with society and its expectations. So when her beloved sister, Rose, mysteriously vanishes, she ignores her parents and travels to London to find her, accompanied by the dashing Mr. Kent. But they’re not the only ones looking for Rose. The reclusive, young gentleman Sebastian Braddock is also searching for her, claiming that both sisters have special healing powers. Evelyn is convinced that Sebastian must be mad, until she discovers that his strange tales of extraordinary people are true—and that her sister is in graver danger than she feared.

After reading the blurb, I was super curious about These Vicious Masks, being that it's in a Victorian setting and has X-Men-like influences. Well, honestly speaking, I didn't really care for the paranormal aspect of the story. It just didn't stand out to me that much, but the reason why I did enjoy this one is because of the way Evelyn, Sebastion and Mr. Kent were with each other. Their dialogue was witty and just so so entertaining. I especially liked how Evelyn and Sebastian acted around one another. She had all these preconceived notions about him so at first it seemed so tense and almost like hatred between the two. But I liked that it evolved into actual feelings and that Sebastian was actually a really good person. He just had an ability that often brought him pain. A lot like what Rogue from X-men went through.

The main focus of the story was about Evelyn understanding her ability and finding her sister, a journey that often landed her in trouble because she was so headstrong and would go off by herself. Her actions frustrated me at times, but I understood her personality and how strong she was as an individual. She wanted more than anything to save Rose, and they were sisters so that love and bond made Evelyn overlook all the danger, no matter if it would cost her life.

The only other thing I enjoyed, aside from the wit and the tension between Sebastian and Evelyn, I also liked the setting and the description of how London was in that period. The writing was good, and overall not a bad premise. But like I said, it was mostly the humor that entertained me. The paranormal aspect could have been heightened a tad. Still a good read. 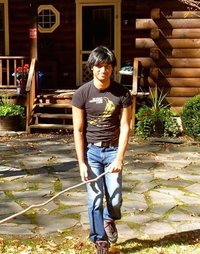 About the Authors
Mild-mannered assistant by day, milder-mannered writer by night, Tarun Shanker is a New York University graduate currently living in Los Angeles. His idea of paradise is a place where kung-fu movies are projected on clouds, David Bowie’s music fills the air and chai tea flows freely from fountains.

Kelly is a writer living in NYC. YA is her absolute favorite thing on earth other than cupcakes and she has spent many hours crying over fictional deaths. She also started reading Harlequin romances at a possibly too early age (12?), and still adores a good historical romance.

Posted by Shane @ItchingforBooks at 12:02 PM