Review: Until We Break by Jamie Howard 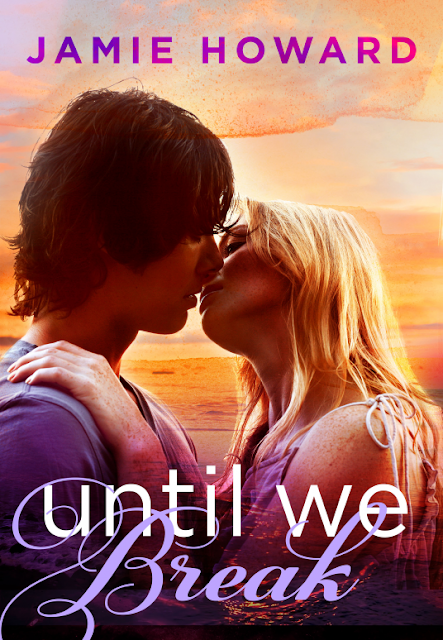 When Sloane Avery stops to help a stranded driver, she finds more than a broken down car on the side of the road. Luke Evans is faster and sexier than her Maserati, but with her heart still on the mend, she’s not interested in taking him for a test drive. Despite their initial disdain for each other, emotion and passion simmer, complicating their fragile friendship. But when a tragic loss and devastating betrayal send them spiraling, their growing love isn’t enough to save them.

That was five years ago, practically a different lifetime and definitely a different Sloane. Before she’s been hardened by booze, sex, and as much distance as she could get from the past. Now, called home on a family emergency, she’s determined to hold onto her heart the next time she sees Luke.

Except Sloane’s not the only one who’s changed. Luke’s turned his life around. Only the reappearance of Sloane and the reminder of his biggest mistake can put a dent in his plans. Luke is set on fixing what he’s broken. But with her emotions boiling to the surface, Sloane needs to decide if falling in love is life’s greatest gift or its cruelest joke.

I started out really enjoying Until We Break. It was funny in the beginning, and I understood Sloane's problem with Luke and why she treated him that way. She'd experienced betrayal from a cheating boyfriend months before, so of course it would piss her off to see the way Luke was with girls and how he'd sleep around a lot. As for Luke, his family situation was sad and I wanted to smack his mom every time she came onto the scene, but I felt like nothing justified his behavior. No matter how messed up society is, it should never be a good thing when guys sleep around that much and turn their nose up at the girl when she does it. So I didn't warm up to Luke that much because he was using sex as a way to distract himself from his family issues. I mean come on, couldn't he handle his problems another way? Jeez. His little brother was a sweet character though. It's too bad what happened to him. Really too bad, and I definitely sympathized with Luke during that time.

Like I said, the story was alright in the beginning, but then I just couldn't take how Sloane and Luke would hide their true feelings and constantly misunderstood each other. They would draw their own conclusion and create even more tension. It was actually quite silly, and even when Sloane was asked by her sister to be clear about how she felt for Luke, she should have been honest. Still, her sister had no business doing what she did, and I blame Luke as well. What the hell? How could he do such a thing after what happened with Sloane? That just didn't make any sense at all to me. And Sloane's reaction was certainly understandable, but it shouldn't have sent her down a path where she started behaving like Luke.

It's terrible that she had to deal with that family secret too, and on top of that, she struggled to face her feelings for Luke, but the whole situation was frustrating for me and after that transition to years later, my interest wavered a bit. I'm glad things worked out in the end, but I was hoping for more from this book. It did have the potential, but it fell a little short for me. Still not a bad read if you're into back and forth and a lot of frustration.

About the Author
Jamie Howard is a legal and compliance specialist by day, author by night, and holds a Bachelor’s degree in Art. When she’s not tapping away at the keyboard or capturing the world through her trusty Canon, you can find her binge-watching TV shows, devouring books, and perfecting her gaming skills. She lives with her husband, son, and three dogs in New Jersey, and is almost always awake early enough to see the sun rise, even on the weekends.