Review: The Girls in the Garden by Lisa Jewell 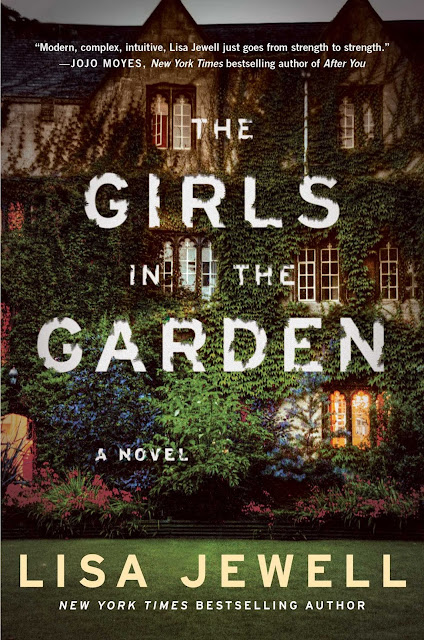 Imagine that you live on a picturesque communal garden square, an oasis in urban London where your children run free, in and out of other people’s houses. You’ve known your neighbors for years and you trust them. Implicitly. You think your children are safe. But are they really?

On a midsummer night, as a festive neighborhood party is taking place, preteen Pip discovers her thirteen-year-old sister Grace lying unconscious and bloody in a hidden corner of a lush rose garden. What really happened to her? And who is responsible?

Dark secrets, a devastating mystery, and the games both children and adults play all swirl together in this gripping novel, packed with utterly believable characters and page-turning suspense.

I loved how the story started with a startling discovery and from there I was pulled into the mystery of what had happened and who had done that?

While it was an interesting story, told from third person narration and giving the reader everyone's backstory and what the surrounding was like, the pacing was rather slow and a tad draggy. I couldn't wait to get back to the present and find out the situation with Grace, and that alone kept me going. But at the same time, I understood that knowing each character would give me an idea as to who had hurt Grace. I figured it out pretty early and was basically looking forward to some kind of punishment. But unfortunately, it didn't come. And at the end of the story, I was left disappointed and confused. I kept asking, "What was the point of all that then?"

I don't think I cared much for any of the characters, well except for Pip. She was the most likable. And I kind of felt like she was too mature for the age. The voice came out like a sixteen year old and not of a twelve year old, and she even seemed older than her sister, who was thirteen. I don't know, maybe it's me. But a lot of times I was confused and forgot their ages because their voices and actions seemed older.

In regards to what happened to Grace, some may say she deserved it and should have behaved better. But look at the situation. Her father was mentally ill and the family had endured a dramatic, emotional change. The poor girl didn't know how to cope and was clearly looking for something. And I think the mom should have put an end to Grace's relationship with that kid. What they'd done was inappropriate for their age and they were too young to have been carrying on like that. Plus Grace needed better structure and a more present parent. That's just my opinion on the matter.

Pip was the only one that seemed to have it together. People forget sometimes that just because you're adults doesn't always mean you'll handle things better. In fact, Pip seemed more together than their mom. I'm just saying.

Other things that bugged me were the Howes family. They were just too carefree and the father was clearly a perv. Their children didn't seem to have much discipline either and the mom would rather be in the dark than address issues.

There was just a lot of things that put me off about this group of people and the things that took place with the kids. But the mystery surrounding Grace kept me going. Sadly, the ending didn't satisfy me and I wanted a better conclusion--justice--for the girl. Overall, an interesting story. It need a bit more though.

About the Author
Lisa Jewell is a popular British author of chick lit fiction. Her books include Ralph's Party, Thirtynothing and 31 Dream Street. She lives in Swiss Cottage, London with her husband Jascha and daughters Amelie Mae and Evie Scarlett.