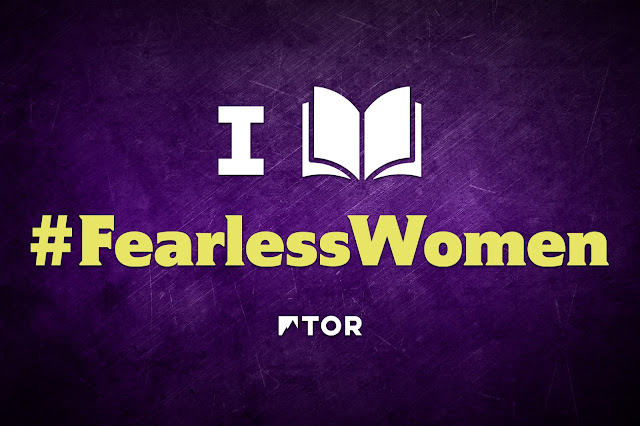 I am super excited to participate in Tor's #FEARLESSWOMEN Campaign. Anything that involves spotlighting women I'm all for it.

The tour kicks off with Sherrilyn Kenyon's Death Doesn't Bargain 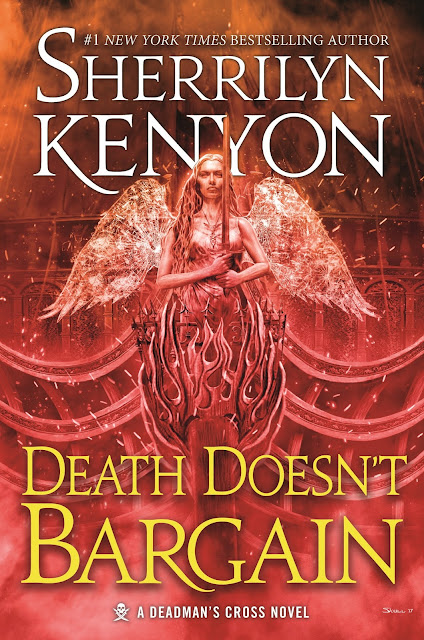 The Deadmen are back…

With DEATH DOESN’T BARGAIN, Kenyon again returns to the pirate ship Sea Witch, where Captain Devyl Bane, and his undead crew have set sail for eternity, searching for forgiveness and salvation. Together, they are humanity’s last hope to restore the gates and return the damned to their hell realms.

Many demons are beginning to break free of their eternal prison and are bent on mankind’s destruction. The worst of the lot is Vine, determined to claim their lives for taking hers. She will see the world burn…and has the perfect lure to destroy them all. One of their own.

Kalder Dupree has never known a day of mercy. Born to the cruelest of mer-races, he sacrificed himself for his crew and is in Vine’s hands. He expects no compassion or rescue.

Yet the young shipmate Cameron Jack is determined to set Kalder free. As a Hellchaser, it’s her calling, and she cannot allow even a not-so-innocent to be tortured for an act of kindness that spared her damnation.

To defeat evil, it sometimes takes an even worse evil, and Cameron is willing to do whatever she must to make this right. If Vine thought she had her hands full before, she hasn’t seen anything nearly as powerful as Cameron’s resolve.


DEATH DOESN’T BARGAIN delivers a sweeping epic saga sure to appeal to the millions of Kenyon’s Dark Hunter fans as well as anyone looking for a page-turning and high-paced adventure. It is a tale of passion and loss, emotions that wound and heal…and ultimate redemption.

“You’re still answerable to me.”
Those words set fire to her temper and caused her to laugh in his face that he’d dare to say such to her, as if he were her lord and master. “I answer to no man, Patrick Jack. You’d best be getting your head on straight there, boyo. Make no mistake about it. You went out to sea long ago, gallivanting about what with no cares of home, and left me behind to fend for meself. If you wanted to keep me under your boot heel, you shouldn’t have abandoned me in Williamsburg to me own means. So don’t think for one heartbeat that you’re going to come back now and put a saddle on me like some old nag you be owning and left stabled up with your neighbors waiting patiently for your return. Not going to happen, brother dearest.”
“What are you saying?”
“I’m saying what I’m saying. And you’d best be turning your ears to hear every syllable of it.”

Sherrilyn Kenyon is a New York Times bestselling author and is a regular in the #1 spot. This extraordinary author continues to top every genre in which she writes. More than 70 million copies of her books are in print in more than one hundred countries. Her current series include The Dark-Hunters®, The League®, NevermoreTM, Lords of Avalon®, Chronicles of Nick® , and Deadman’s CrossTM. Her Nick ChroniclesTM and Dark-Hunters® are soon to be major media productions.

Visit her online at http://www.sherrilynkenyon.com