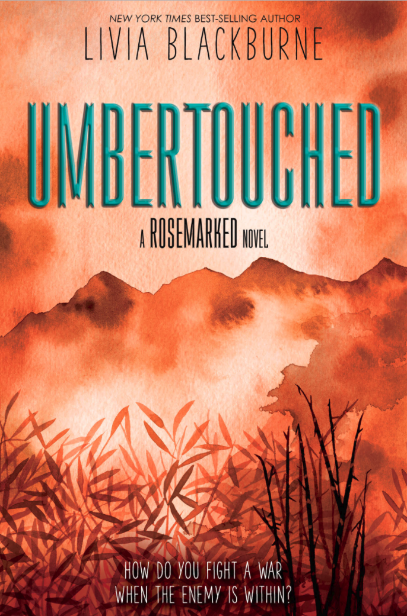 The mission was a failure. Even though Zivah and Dineas discovered a secret that could bring down the empire, their information is useless without proof. Now, with their cover blown and their quest abandoned, their only remaining hope is to get home before Ampara brings the full might of its armies against their peoples.

As Shidadi and Dara alike prepare for war, Zivah and Dineas grapple with the toll of their time in the capital. After fighting alongside the Amparans against his own kin, can Dineas convince the Shidadi—and himself—where his loyalties lie? After betraying her healer’s vows in Sehmar City, can Zivah find a way to redeem herself—especially when the Dara ask her to do the unthinkable? And after reluctantly falling in love, what will the two do with their lingering feelings, now that the Dineas from Sehmar City is gone forever? Time is running out for all of them, but especially Zivah whose plague symptoms surface once again. Now, she must decide how she’ll define the life she has left.

Together, healer and warrior must find the courage to save their people, expose the truth, and face the devastating consequences headed their way.

You can tell plague guards by their fear. Some hold their sword hilts as if trying to crush them to dust. Others jump at the slightest brush of wind. Still others look fine from a distance, but up close, you see how wide their eyes are, how their gazes jump from bird to grass to stone.

You'd think that guarding a quarantine of civilians would be easier than fighting a battle. I mean, you're not staring down a line of archers or charging into a wall of spears. But somehow it's worse. Maybe it's because there's no fighting to heat up the blood, or because you can't kill a fever with a sword. Whatever the reason, every soldier guarding the walls of Taof is terrified, and the citizens pay the price. This morning, a woman strayed too close to the perimeter and ended up with seven arrows in her back.

Which is why I stay low as I creep forward in the knee-deep grass outside the city, cutting as narrow a path as I can through the sharp, scratchy blades. Taof sits at the edge of the northern grasslands, where the plains start giving way to hills and shrubs. A road of flattened weeds and wagon ruts runs past the city gates, though I don't walk on it — it's far too easy to be seen.

It's sundown, and the light is fading fast. My crow Slicewing circles around my head, ready to call a warning if anyone draws near. The other two crows are back in the hills with Zivah. Since the entire empire is looking for an umbertouched man traveling with a rosemarked woman, it's safer for me to scout alone.

It's been a month since Zivah and I barely escaped Sehmar City with our lives. A month since Commander Arxa unmasked me as a spy and Emperor Kiran started amassing an army to invade our homeland. We should have returned by now, but instead we've doubled back one league for every three we've traveled. We've gotten lost, run in circles, and huddled, starving, in caves as soldiers camped within steps of finding us. Finally, we managed to get as far north as Taof, only to run straight into a rose plague outbreak. Emperor Kiran's declared a quarantine, and the river crossing ahead of us swarms with plague guards.

If we don't find a way through soon, we'll have to double back and follow the river for days upstream or downstream. Even the thought of doing that is maddening. Every day we lose makes me wonder if this will be the one that lets the Amparan army overtake us, that leaves our kin in Monyar to fight without our help.

The shout sends a jolt through my entire body. I freeze, then realize that the speaker is too far away to have anything to do with me. Peering over the grass, I see a crowd of people outside the wall dressed in travel leathers. They look familiar. A big, grizzled man seems to be speaking to an official on their behalf.

"Lies," the man says again. "We've been camped outside the city the whole time, and the horse market was across the river from the outbreak. None of us are a danger. If you put us within the quarantine, you might as well murder us all."

Horses. Now I see the herd of them a short distance away, and I realize why these people look familiar. There's no mistaking the elegant lines and long silky manes of Rovenni steeds. I had a run-in with this tribe back in Sehmar City. It wasn't exactly a friendly visit, but Neju knows I don't wish the plague on them.

New York Times bestselling author Livia Blackburne wrote her first novel while she was a PhD student at the Massachusetts Institute of Technology, where she conducted research on the neuroscience of reading acquisition in children. Upon graduation, she switched to writing full time, which also involves getting into people’s heads but without the help of a three tesla MRI scanner.