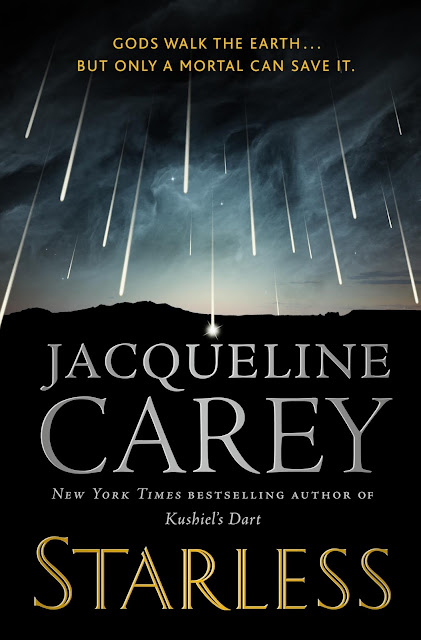 Jacqueline Carey is back with an amazing adventure not seen since her New York Times bestselling Kushiel's Legacy series. Lush and sensual, Starless introduces us to an epic world where exiled gods live among us, and a hero whose journey will resonate long after the last page is turned.

I was nine years old the first time I tried to kill a man...

Destined from birth to serve as protector of the princess Zariya, Khai is trained in the arts of killing and stealth by a warrior sect in the deep desert; yet there is one profound truth that has been withheld from him.

In the court of the Sun-Blessed, Khai must learn to navigate deadly intrigue and his own conflicted identity…but in the far reaches of the western seas, the dark god Miasmus is rising, intent on nothing less than wholesale destruction.

If Khai is to keep his soul’s twin Zariya alive, their only hope lies with an unlikely crew of prophecy-seekers on a journey that will take them farther beneath the starless skies than anyone can imagine.

I glanced at Zariya and saw her flushed with anger and embarrassment, and suddenly I was angry, too; anger rising in me like Pahrkun’s wind. I looked for the spaces between that existed in this bickering exchange and drove words into them like a blade. “I do not answer to you, Your Majesties,” I said to both Adinah and Sanala in the coldest voice I could muster. “Not in this or any matter. I do not answer to anyone save Pahrkun the Scouring Wind.”


For the first time since I’d caught sight of Merabaht, I was not the one gaping.
“You dare!” Queen Adinah recovered first, striding forward to strike at my face with an open palm. I angled away from the blow, causing her to stumble. She drew in an outraged breath. “Guards!”
Captain Tarshim stepped forward, signaling to the others. As their gilded spears leveled at me, I braced myself and tried to gauge whether I could take out all four without bloodshed.
“No!” It was Sister Nizara who countermanded them in a forceful tone. “Mother, Anamuht is displeased with the House of the Ageless.  Will you worsen matters by incurring the outright wrath of the Sacred Twins?”
The guards stood down and I breathed more easily.
Queen Adinah summoned her dignity with an effort. “Because you are young and ignorant, I will forgive the offense you have given me today,” she said to me. “And I will tell you to choose wisely before you make enemies at court.”
I inclined my head to her.
She beckoned to a maidservant. “I will retire to my chambers for the midday rest.”
Following her lead, the others dispersed save for Sister Nizara, whom I saluted. “Thank you, Elder Sister.”
She frowned. “My mother is in the wrong, but there is merit to her advice . . .  Zariya, are you laughing?”
“No, sister,” Zariya said in a choked voice, her shoulders shaking. “I am trying very hard not to.” 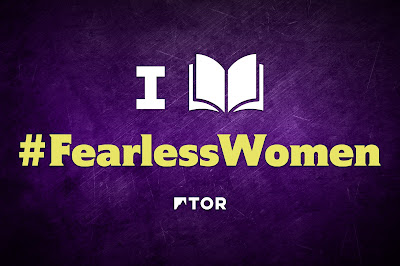