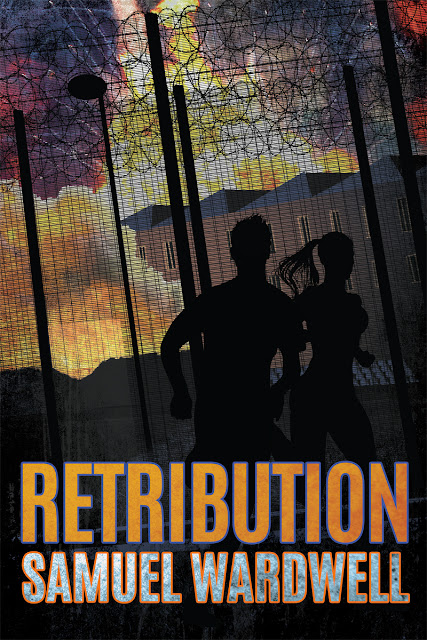 Marc Ransom is innocent, but after a major misunderstanding he's in prison and making...questionable company. His new cellmate isn't just a cat burglar; she's a woman, and she's ready to leave.

This is America's first co-ed prison. It's a high-tech joint where thugs rule, robot guards roam, and cameras see everything. And now, two complete opposites are trapped there together.

But life in prison isn't an option. Corrupt authorities want Marc gone. Gangs have marked the burglar, Linda, for death. Seeing no other way, the unlikely cellmates become a 'brain and brawn' duo by pairing his strength with her street smarts.

In forcing themselves to cooperate, they might just find freedom, redemption, and romance in the unlikeliest of places.

Technological advancements and societal changes throughout history have always fascinated me. It is my belief that both have a dynamic effect on each other.

A decade ago, I found myself locked up in a Georgia prison. I started to think about how our culture might handle the imprisonment of its citizens in the future. Because our society is moving to make everything equal, our prisons could soon be co-ed.

One of the major concerns I had during this unfortunate time in my life was being assaulted. I realized that this would become worse if a prison environment was co-educational. How would the authorities keep the men and women apart? It was while thinking about this that I started to develop the idea for the Retribution series.

With advancements in battery and GPS technologies, self-locating devices have become commonplace. In the Retribution series, the use of wrist and ankle bracelets make it possible to locate an inmate. They would create a magnetic field around the prisoner. The battery pack built into the ankle bracelet would allow me to solve the issue of inmate contact. The bracelets would stop the physical assaults that have plagued prisons throughout history. They would also prevent the members of the opposite sex from co-mingling. The wrist bracelet acts as both an I.D. and location device. The larger ankle bracelet would house a taser-like technology. With this, an electrical jolt capable of increasing its voltage would be possible. The longer the two people wearing the devices are in contact, the greater the shock the two would suffer.

I then thought about what it might be like to live in such an environment. This is when I created the primary characters in Retribution, Linda and Marc.

The character of Marc is loosely based on myself. Many of the incidents that happen to Marc during his incarceration mirror incidents that actually happened to me while I was in prison. I also weave into the story how my arrest happened and why the legal system had completely let me down.

Linda is a different story. Linda is based on a good friend of mine from the past. She was a risk taker, and ended up getting involved in a horrible situation that led to her death. In the book, I dramatized her life; however, I kept her heritage, intellect, and acrobatic abilities as part of Linda’s character. In the story, Linda chooses to use her skills to become a very successful cat-burglar early in life.

The Retribution series is about how Linda and Marc end up meeting in Georgia’s first co-ed prison. The story follows two very different people who inadvertently save the other’s life. They develop a mutual trust and cautiously become friends. They are targets for assassination and marked for death. They choose to do the only thing that can save their lives: escape from one of the most high-tech prisons ever created.

I am an architect by training. An architect's job is to create and manage the work on buildings or structures. Computer technology has grown by leaps and bounds over the years. I believe there will soon be a need for an “architect” of sorts to manage and design complicated technology systems in various companies and organizations. In the Retribution series, this person would be a computer architect. In my story, Marc holds this coveted title.
Marc’s background and Linda’s amazing physical abilities allow them to create a plan to defeat the prison's technology. They figure out a way to trick the system into not realizing that two inmates are about to escape.

My inspiration for Retribution was to take what I already knew about the world we live in and mix it with what I believe the future has planned for us all.
Our society will learn how to the adapt to the changes and inventions that are flooding us almost every day. The challenge I tackle in the series is how our future will affect us and what we will have to do to adapt.

Marc is an idealist who believes that things happen for a reason. Because of her life’s circumstances, Linda has to be a realist by necessity just to survive. These two very different people find themselves in many incredible adventures. Retribution explores how even the most difficult circumstances can be overcome with teamwork, trust, and eventual love. 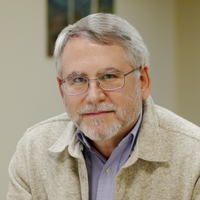 About the Author
Samuel Wardwell is an American author of crime-thriller novels. His books include themes of crime, redemption, and corruption within the legal system. Wardwell lived a privileged life; he grew up in northern New Jersey, and went to college in New York City. He worked for many years as an architect and historian, but struggled with addiction. Samuel became a functioning alcoholic and made decisions he'd later come to regret. Today, he lives in Roswell, Georgia. He has been sober for over ten years.