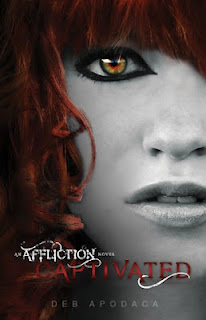 After Mindy’s childhood best friend, Dean Aiken, shuts her and everyone else out of his life, she learns to move on. Years pass and she gets used to the fact that he’s no longer a part of her life, but things begin to change…Mindy’s new best friend, Markus Medina, witnesses Dean kill two people behind a club. Mindy has a hard time believing him, especially when he mentions that the bodies disappear. Poof! Into thin air. Markus decides he has to follow Dean around in order to get evidence that he’s been killing people, so he doesn’t sound like a nut to the police.Despite MarKus’ crazy theories about the possibility of Dean not being human. And not to mention the fact that he’s dangerous. Mindy can’t help that she may be falling in love with him. Even after hiding their feelings for each other from the world. Dean and Mindy being together stirs up dangers that neither of them could ever imagine. When she finds out about what Dean really is and the world he tried to keep her away from…it’s already too late.

I was worried the story wouldn't be as alluring as that cover but fortunately, it completely satisfied my taste. This book lives up exceedingly well to its title. Captivated is addictive, possessing, magnificent, and electrifying in every way possible. No amount of words in the English dictionary could possibly define how breathtaking it truly is.

Mindy's such an adorable character; she's bubbly, embodies a remarkable gift of being the last to figure things out, and evidently has a severe case of the lusting disease. I know us girls tend to drool on hotties, but too much drooling is an understatement when it comes to Mindy. She did it for most of the book. If that's exactly what Deb intended on taking this character then she succeeded tremendously, but let me stress again that Mindy is in fact adorable.
This is the kind of girl that you either really like or extremely despise; there's no in between. If you haven't taken to her personality from start then there's no way you'll grow into loving her. Luckily, she became my fictional best friend from the synopsis. And in any case, the intense emotions between her and Dean were just too heated to not find intriguing. I know, I'm a sucker for romance amidst terror, but who isn't, which leads me to the main man himself.

Dean had me puzzled most of the time. One minute he's hot and into Mindy, the next he's pushing her away and acting as if she didn't exist. I get that losing his parents in such a dreadful way left him cold over the years, but why must he remain so secretive even after I passed the middle of the book. He held things in far too long and just when it seemed like he was about to spill it all, he changes the topic. This uneasiness increased my curiosity and shot me down at times. Still, I loved it. His dark persona always left me wanting more.

Another significant thing abut this story is the very seductive and frail character, Shane. Aside from the obvious fact that we share the same name with the difference being that I'm a girl, Shane's presence was one of great mystery. It bothered me that he didn't appear in the 'light' ever too often but when he finally did, his words would hypnotize not only Mindy but me, the reader, as well.

Lately, I've been reading quite a few books with constraint minor characters who play no part in the development of the major characters nor in the rising action of the story. Tanya, in my opinion, was barely needed, as not only was she busy being absent from school and hooking up with boys, she was significantly absent from the book as well. Tanya was totally out of the loop from start; her best friends kept secrets from her and from themselves. That was quite amusing for me. Markus on the other hand was the only character solving most of the mystery while everyone else got lost in finding romance.

As for the plot, it kept me interested. Then again that's not even the word to describe my obsession with this book. I felt heartbroken whenever I had to put it down and snap back to reality. Captivated had me obsessed, and at times hallucinating. You can't imagine the mount of times I referred to my friend as Mindy or Dean. I know. I'm silly, but I beg you not to judge a girl who's simply a book lover at heart. Thank you, Deb, for giving us wonderful and fast paced writing.