I'm hosting the T.R. Graves Since Inception Cover Reveal today. Continue below for the artwork: 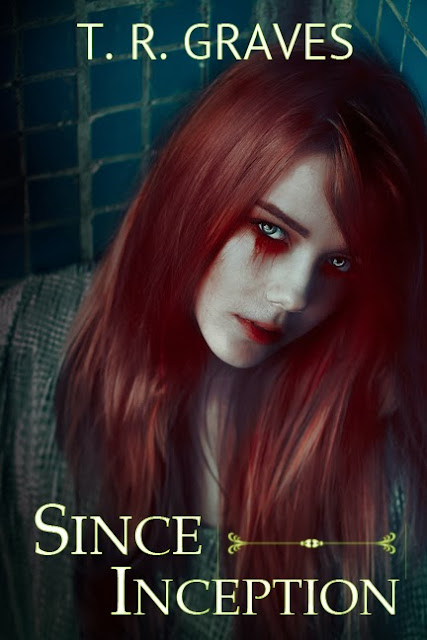 Synopsis via Goodreads:
After discovering she has a problem worse than anything she could have ever imagined, Rainey Billows longs for the past—a time when she thought she was just a sadistic sleepwalker. Worse yet, this problem has been with her since inception.

Rainey, a woman who's suffered an entire lifetime of pain and humiliation because of her sleepwalking, is financially desperate when she takes in Carter Dodson as a boarder. With his presence in her house and her attraction to him, her internal conflicts, ones she's usually able to ignore, swim to the surface and take control. Before she knows it, her sleepwalking moves to a completely new level, and she's doing things she'd never thought possible.

In fear for Carter's life and without options, Rainey sentences herself to a nighttime ritual that would appear barbaric to others. In her mind, it's essential because, unlike anyone else, she knows firsthand the types of atrocities she's capable of in her sleep.

Carter, a man branded as unconditionally loyal by his friends, knows very little about Rainey but decides early on that she's a woman who has no one… a woman who needs someone. He commits himself to being that person for her. As soon as she makes her first request of him—to ignore her and her nighttime rituals no matter what she says or does—he reconsiders his pledge before quickly reminding himself he can't abandon her. She's had enough of that.

Months later, study, research, and theories are not enough, and standing by is no longer an option. Carter suspects what's wrong with her. What she is. With his suspicions in tow, he searches out and enlists the help of Luke, a childhood friend who's fast-tracking his way to priesthood. After a series of unforeseen and life-threatening events, the two men learn that even the Almighty himself may not be able to help Rainey.

About the Author
T. R. Graves, the author of The Warrior Series and The Secrets Series and The Underwater Series, is a 2012 NaNoWriMo Winner.
She lives along the Texas coast with her husband. Together, they raise T. R.'s beta reading daughter and their football-loving son. Besides being blessed with a supportive family, she counts her career as a registered nurse in not-for-profit hospitals high on her list of fulfilling accomplishments.