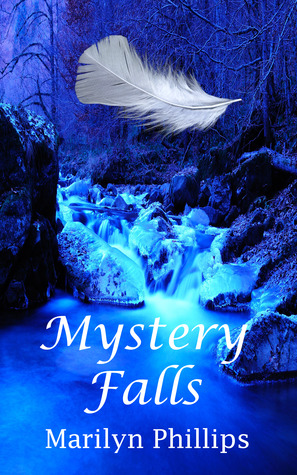 Secrets. Lies. Deception. For the past six years, Samantha Hunt has lived with the belief that the untimely death of her parents was the result of an unfortunate accident—that by the cruel hand of fate, she had been left an orphan. But it was a lie, a terrible lie told to her by those who wanted to keep her in the dark. And the truth... when revealed, will change her life and haunt her forever.

Suddenly plagued by a series of events which find her in danger and in need of a savior, Samantha is repeatedly rescued by the mysterious and elusive Shadow—a stranger who seems to know more about her past and the tragedy which befell her family, than she does. Drawn to him despite the antagonism she feels whenever in his presence, Samantha soon discovers that Shadow is not what he appears to be. Determined to learn his true identity and why he has come to Mystery Falls, the small town in which she has spent all of her seventeen years, Samantha not only uncovers the secrets he refuses to share, but also the truth about her own past. A truth which forces her to acknowledge that things are not always as they seem, and sometimes, not even those close to you can be trusted.

Resolved to seeking justice for the unwarranted death of her parents, Samantha embarks on a journey which brings her perilously close to her own demise. Can Shadow use his angel powers to save her yet again, or this time, will he be too late?

*Received ecopy from the author in exchange for an honest review.

Mystery Falls was quite a pleasant surprise. I actually expected the book to be action packed and would have a ton of paranormal theatrics but it was far from it. What I got was a romantic and mysterious story driven by one girl's determination to find the truth, about her life and the guy she loved. And I enjoyed it.

Overall, it was well-written; interesting from start to finish. I liked how elaborate the details were in describing the setting and establishing each character. Samantha was a likable protagonist and I kept rooting for her throughout. I sympathized with her, losing her parents and having to go through her cousin's crap on a daily basis. Thankfully, she had a cool best friend to keep her happy. On a side note, Mia at times turned me off. She could be somewhat pushy and beyond nosy when it came to Samantha and her feelings for Shadow. It was obvious she had her best friend's happiness at heart, but jeez, her pushy mentality was hard for me to tolerate in the majority of the book. So, I was glad when her hands got busy helping Samantha try to unravel the mystery surrounding her parents' supposedly car accident.

That's another thing: the suspense. It was good when the story switched from the romance aspect and onto more serious issues like the death of Samantha's parents. I'm glad Marilyn wrote it that way, because while I enjoyed the intense attraction between the main characters and was curious as to why Shadow was even bothering with Claire when he obviously had feelings for Samantha really baffled me, so it was nice to see how it all turned out. Everything was pretty much wrapped up smoothly.

Like I said before, Mystery Falls was well-written and intriguing. I don't think I've read a book involving angels in a while now so this was a fresh read. I really liked how the story ended as well and cannot wait to get into the second book. If you enjoy young adult romance novels with paranormal and suspenseful elements then you'll certainly like Mystery Falls. 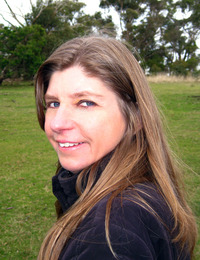 About the Author
Marilyn Phillips lives in Melbourne, Australia. She writes young adult fantasy mixed with romance. Mystery Falls is her debut novel and also the first in a series.
When not absorbed in a book or writing, Marilyn likes to spend time with her husband and two children, take long walks in dark forests and watch romantic movies with satisfying endings.

Posted by Shane @ItchingforBooks at 11:40 PM