BLOG TOUR~Rise of the Arcane Fire by Kristin Bailey 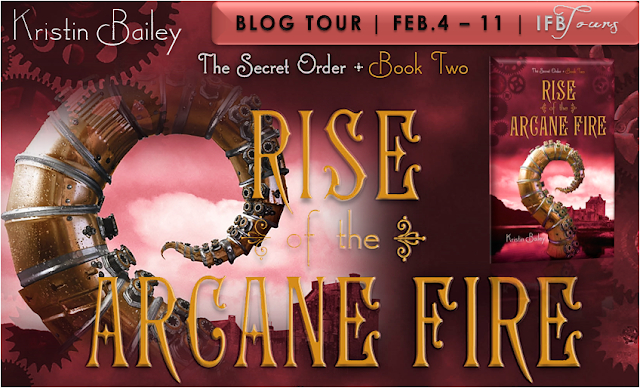 The Kristin Bailey Rise of the Arcane Fire Blog Tour has ended. This is the second book in her YA Steampunk series, The Secret Order. See details below: 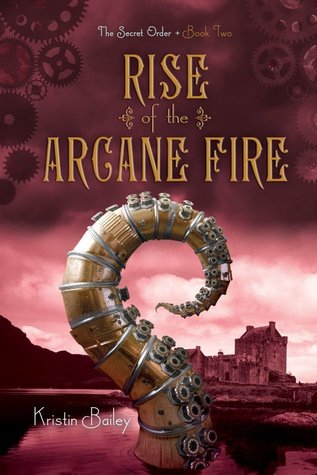 After her parents died in a fire and her grandfather disappeared, Meg Whitlock thought her life had come to a standstill. But when she learned that the pocket watch her grandfather left her was really an intricate key, Meg, with the help of a stable hand named Will, uncovered the Amusementists: members of an elite secret society dedicated to discovery and shrouded in mystery.

Now the Amusementists are convening in London, and Meg is determined to join their ranks. But being the first girl in the Order has its difficulties, and with Will away in Scotland Meg fears she can’t trust anyone but herself. Her worries are only supported by the sabotage happening at the academy, with each altered invention being more harmful than the last.

With threats lurking around every corner, and while trying to prove her worth as the first female Amusementist, Meg must uncover the identity of the academy’s saboteur before the botched devices become deadly. And after she finds evidence of a sinister and forbidden invention, Meg must stop it - or risk the entire future of the Amusementists.

Kristin Bailey grew up in the middle of the San Joaquin Valley in California. As a kid she enjoyed visiting the beach, camping and skiing with her two brothers.
Now she is a military wife and mother of two young children. She is also terrible about spoiling her pets. She has one fluffy mutt, two cats who think they own the world, and a fish tank with a quartet of fat fish, and two secretive striped ninja-assassin snails.
In the course of her adventures, she has worked as a zookeeper, balloon artist, and substitute teacher. Now she enjoys writing books for teens who enjoy mystery and adventure as much as she does.

NOTE: Please do not post any negative reviews, below 3 stars, that is hurtful to the author and affects the promotional aspect of the tour. Post the blurb & giveaway instead, or send me an email if you'd like to back out. Thank you for understanding.

a Rafflecopter giveaway
Posted by Shane @ItchingforBooks at 10:33 AM