Check out the book trailer for Megan Crewe's upcoming release, Earth & Sky, the first in her YA Science Fiction trilogy. Be sure to enter the awesome giveaway! 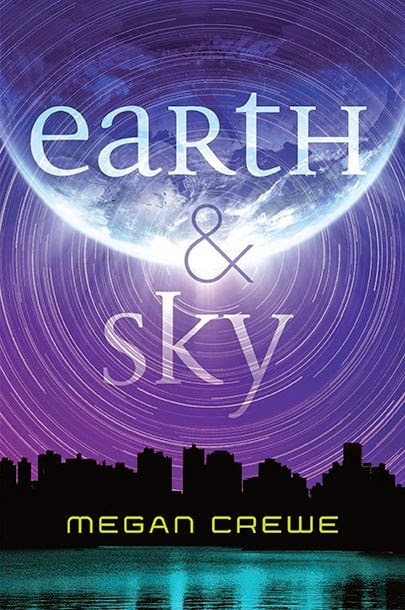 Seventeen-year-old Skylar has been haunted for as long as she can remember by fleeting yet powerful sensations that something is horribly wrong. But despite the panic attacks tormenting her, nothing ever happens, and Sky’s beginning to think she’s crazy. Then she meets a mysterious, otherworldly boy named Win and discovers the shocking truth her premonitions have tapped into: our world no longer belongs to us. For thousands of years, Earth has been at the mercy of alien scientists who care nothing for its inhabitants and are using us as the unwitting subjects of their time-manipulating experiments. Win belongs to a rebel faction seeking to put a stop to it, and he needs Skylar’s help--but with each shift in the past, the very fabric of reality is unraveling, and soon there may be no Earth left to save.

About the Author
Like many authors, Megan Crewe finds writing about herself much more difficult than making things up. A few definite facts: she lives in Toronto, Canada with her husband and son (and does on occasion say "eh"), she tutors children and teens with special needs, and she's spent the last six years studying kung fu, so you should probably be nice to her. She has been making up stories about magic and spirits and other what ifs since before she knew how to write words on paper. These days the stories are just a lot longer.
Her books have been published in translation in several countries around the world. She has also published short stories in magazines such as On Spec and Brutarian Quarterly.

Posted by Shane @ItchingforBooks at 9:39 AM