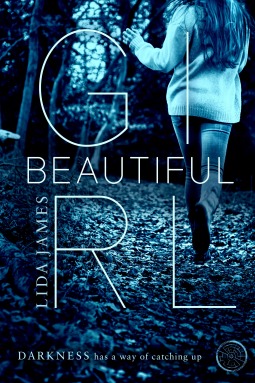 Darkness has a way of catching up...

Sophomore year at Dutchess College has just begun, and Nicole is still haunted by memories of her first love, Zach. As the changing leaves fall on the stately Hudson Valley campus, she takes solace in running—pushing herself to go harder, faster, to be the best. With the wind blowing through her hair, she can almost convince herself that she is beautiful, that she will find love again.

So when Nico runs, quite literally, into the maddeningly elusive Justin, she’s convinced she’s found the guy to make her forget her ex—despite the warnings of her friends and her straight-edged running partner, Luke.
But when Nico is attacked in the woods after a wild night of partying, everything changes. Suddenly, Nico begins receiving anonymous threats, and she no longer knows where to turn for help—or whether even her close friends can be trusted.

All she wants is to be one of the beautiful girls—the ones who never have to chase perfection. But in order to uncover the truth, she’ll have to face a past she had hoped to leave behind forever. She thought she could outrun the darkness, but darkness has a way of catching up… and only one boy can save her.

I'm a bit on the fence with this one. Beautiful Girl has great, fast-paced writing, but I feel like the story missed with me. For one, I couldn't connect with the main character or any other character for the matter. In fact, the only person I liked was Henry. Then again, one could say the characters in the story were... off. Personality-wise.

Let's look at Nicole. She had a lot of issues and obsessions. Her concern with what her roommates and other people thought about her bugged me a lot, especially when it came to Henry and some of the things she'd do based on her so-called friends' influence. I couldn't understand why she even bothered with them when they didn't have her best interest at heart. Like when Nicole went to that party and couldn't find them later on. Friends don't abandon friends at parties. That's a no-no. And then when that happened to Nicole and Kate and Monica played it off like it didn't happen at all, that pissed me off even more. But I guess the author wanted it to be that way, with how things turned out in the end.

As for Monica and Kate, I don't know. Monica showed signs of what was really going on with her from start, but my gosh, she should have been booted from their dorm before all hell broke loose. I mean, after everything she did to Nicole, it was silly to me that she continued to believe that she and Monica were real friends. Talk about naive. Kate wasn't as bad, but I really wanted her to get justice. The way that was handled was too lightly. Although, many do sweep it away in reality, but I wish the message in the story was that  she went ahead and told the right people what happened to her. She didn't. Instead, she encouraged Nicole to speak out about her issue. I felt like that was hypocritical.

Other aspects of the story were Nicole's body issues, her relationship with her family and boys. The romance part that she forced with what's his name didn't really grab my interest because the whole time I was waiting for her to come to her senses and give Henry a chance. In regards to the ending, it was okay. But it was odd that Nicole confused two voices when they were of different sexes  and she wasn't drunk enough to justify that.

So overall, Beautiful Girl started out good and intriguing, but then it was like too many things were being thrown at me and I lost touch with the main purpose of the story, which I still haven't quite figured out. I feel like it would have worked more as a suspense and maybe certain aspects should have been cut. That's just my opinion though. All in all, it had lucid writing and a sweet male character that I liked, and that's why I'm giving it three stars.