CAN'T WAIT TO READ: Not After Everything by Michelle Levy 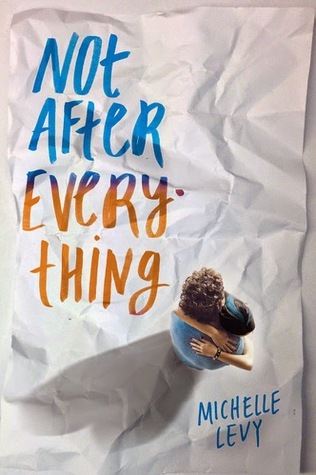 A gritty but hopeful love story about two struggling teens—great for fans of The Spectacular Now, Willow, and Eleanor and Park.

Tyler has a football scholarship to Stanford, a hot girlfriend, and a reliable army of friends to party with. Then his mom kills herself. And Tyler lets it all go. Now he needs to dodge what his dad is offering (verbal tirades and abuse) and earn what his dad isn’t (money).

Tyler finds a job that crashes him into Jordyn, his former childhood friend turned angry-loner goth-girl. She brings Tyler an unexpected reprieve from the never-ending pity party his life has become. How could he not fall for her? But with his dad more brutally unpredictable than ever, Tyler knows he can’t risk bringing Jordyn too deeply into the chaos. So when violence rocks his world again, will it be Jordyn who shows him the way to a hopeful future? Or after everything, will Tyler have to find it in himself? 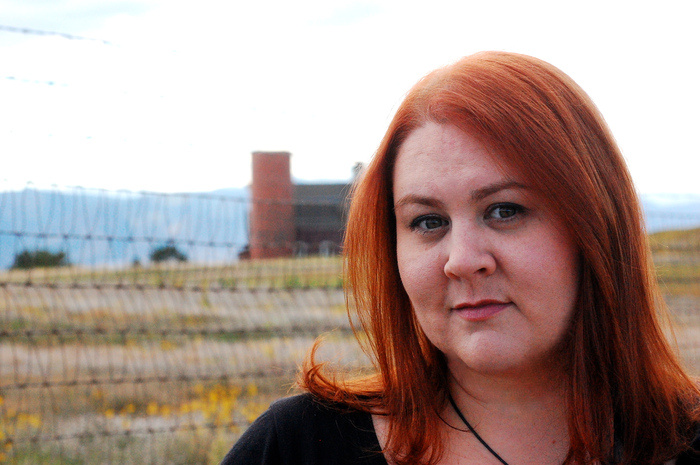 Michelle Levy was born and raised in Littleton, Colorado, where she memorized books before she was able to read, tricking her parents into thinking she was a genius. At eighteen she moved to Los Angeles, to pursue a career in the entertainment industry. Michelle always secretly harbored a desire to write. She spent many insomnia-filled nights dreaming up stories that she never thought to write down. When she finally set out to get something on the page, the words flew out of her until she had her first completed manuscript, and she never looked back.

When Michelle isn't writing she is most likely working at her other job as a casting director, where in her many years of casting she has been privileged to work on projects such as Six Feet Under, Deadwood, Bruce Almighty, Mr. Popper’s Penguins, Vampire Academy: Blood Sisters, and many more.

She still lives in Los Angeles but desperately misses thunderstorms and clouds and, well, weather really (even the occasional snowstorm), so she visits Colorado quite often.

*I love a really good emotional read and this one seems to be right up my alley. From that blurb I'm feeling the intensity. Can't wait to read the story and learn more about Tyler's life.

Posted by Shane @ItchingforBooks at 10:01 AM

Email ThisBlogThis!Share to TwitterShare to FacebookShare to Pinterest
Labels: can't wait to read, Contemporary, michelle levy, not after everything, Psychological, Waiting on Wednesday, Young Adult