Review: First & Then by Emma Mills 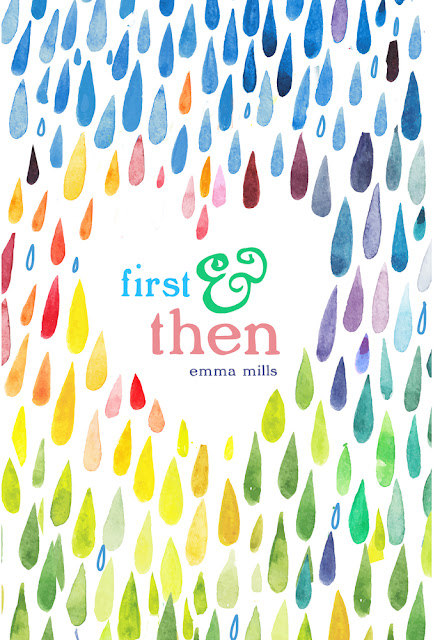 Devon Tennyson wouldn't change a thing. She's happy watching Friday night games from the bleachers, silently crushing on best friend Cas, and blissfully ignoring the future after high school. But the universe has other plans. It delivers Devon's cousin Foster, an unrepentant social outlier with a surprising talent for football, and the obnoxiously superior and maddeningly attractive star running back, Ezra, right where she doesn't want them first into her P.E. class and then into every other aspect of her life.

Pride and Prejudice meets Friday Night Lights in this contemporary novel about falling in love with the unexpected boy, with a new brother, and with yourself.

*Won a copy in Goodreads Giveaway

I've never seen Friday Night Lights, but I do love me some Jane Austen so I was curious from that comparison in the blurb. And while it took me a little while to get into the book, I ended up liking First & Then a lot. The plot was very interesting, and the characters kept me intrigued.

I enjoyed getting in Devon's head and seeing how she related Jane's stories to various moments in her life, especially when it came to liking someone and how that person acted towards you. I found her so smart and funny, and I really wanted her to get over her crush for her best friend and start living her life. In a way, she started to do that when Foster came to live with her family.

At first she felt annoyed, as anyone would, but Devon warmed up to having Foster in her life and there was an automatic need to protect him and help him cope. They were more like brother and sister throughout the story, and that was great for Foster because he had gone through some painful things and really needed a healthier structure. And even though he was still hurting, Foster made a mark on everyone. He was funny, playful, and sometimes said things that made people think. Honestly, there were times I found him a bit young, like a ten year old, but then I remembered he was a few years younger than Devon and her peers so it was understandable that I'd wonder why he'd act that way in some scenes.

Of course, Devon wasn't perfect. There were times I rolled my eyes at her and even wanted to shake her, but I kept in mind that she's just coming of age and figuring out what she wants to do after high school. And I liked how passionate she became as the story progressed, especially about her studies and what college she'd like to attend. In a sense, it opened her eyes to the fact that there was life outside of her crush and slowly I noticed she was steering away from Cas. And regardless if she was starting to see Ezra in a different light, I feel like even if he wasn't in the picture Devon would have still moved away from Cas. In the end, I was beyond happy when she had an epiphany and came to her senses.

Like I said, it was quite an interesting story. Very enjoyable. A light read with moments that'll probably take you back to high school, and if you're a fan of Jane Austen you'll definitely like the inclusion of her stories and how the author intertwined them with Devon's mentality about relationships. The writing is great. The pacing is perfect. First & Then will have you curious in the beginning and leave you smiling at the end. Really nice story.

About the Author
Emma Mills is a debut author better known to her subscribers as vlogger Elmify. She is also co-creator and co-host of the "life skills" channel How to Adult.