Behind the Pages #22: Christa Desir on Other Broken Things and Dark Contemporary

I liked Christa Desir's writing in her debut novel. And I found the story to be quite compelling and realistic. Her books are certainly thought-provoking, so when I saw that she had another release out that dealt with yet a serious issue, I reached out to the talented author in hopes of featuring her in the next Behind the Pages. Christa was kind enough to take some time to not only grant an interview, but she's also contributing a signed copy of her latest novel, Other Broken Things. Check out the interview below and enter for the chance to win.

I’m from Chicago and I guess I’ve been dabbling in writing in one way or another since I was five years old. I didn’t start trying to write novels until about five and a half years ago, but prior to that I’ve written poems, zines, essays, short stories, ad copy, etc.

Who are some of your biggest influences in Literature? 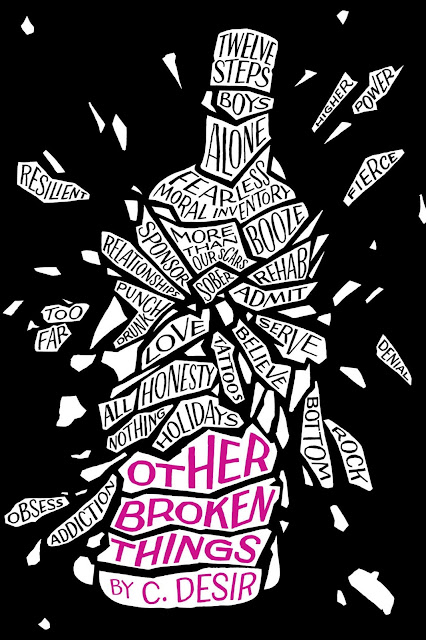 Tell us about your latest, Other Broken Things. What inspired the story?

One of my best friends from college OD’d a few years ago and I became very depressed and disheartened about addiction. I started thinking about how that can influence and destroy lives of so many people. So that was really the beginning of that story, though it took a much more circuitous route than that.

How challenging was it to write about someone like Natalie, in regards to making her issues realistic and relatable?

The challenge when it came to Natalie was much more about figuring out what she wanted and why she worked the way she did. It was delving into dysfunctional family systems of alcoholics and doing a lot of research about AA and twelve-step programs. I knew her voice almost immediately, but the rest of it was slower to come. I didn’t add the boxing element, for example, until I was about 50 pages in and then understood a part of her motivation. She was a slow reveal that way.

Your novels are mostly dark contemporary. Have you ever considered writing lighter stories, like romantic comedy?

Yes, I have endeavored to do this, but I have this tendency to ruin these stories. I try to lighten things up, but then I keep coming back to the wrecking ball mentality inspired by my own teen years. My life at that time was not a romantic comedy or even a contemporary romance, it was difficult and painful and so my writing roots seem to always want to go there.

What do you do to unwind after finishing a story?

I read voraciously. I tend to only read YA when I’m not writing so my off times in writing is when I devour all the YA I haven’t read during drafting/editing. When I draft, I tend to read literary fiction or romance (for my day job) or nonfiction. 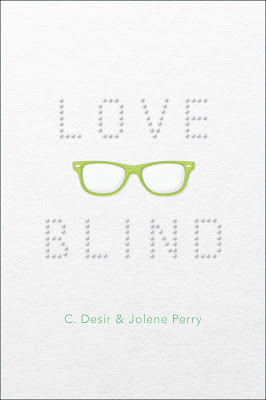 You'll be releasing a novel with Jolene Perry. Could you share a bit about Love Blind?

We first drafted that story five years ago. We were such baby writers then. We ended up having to rewrite most of it when it got around to editing because we’ve gotten better and so much had changed about those characters and what our editor wanted for them. I loved the collaboration process and Jolene is an excellent person and friend. The book itself is about a very shy and anxious boy who develops a friendship with a girl with degenerative blindness through the conquering of a fear list. It’s one of my more “quiet” books, though after reading it, you might still think it’s a bit darker. The whole process of this one has been an invaluable learning experience for me as a writer.

Thank you for taking the time, Christa. Where can your readers meet you next, and please leave any tips for aspiring writers.

Readers who want to meet me in real life probably need to come to Chicago’s YA Book Fest on April 23rd. I also will be at SCBWI in LA in August. My advice for aspiring writers is probably don’t listen to advice, but if you want something more specific, I would say that the only difference between a success and a failure is that the success got up from being knocked down one extra time.

Christa Desir writes contemporary fiction for young adults. She’s an avid reader, roller derby enthusiast, Sunday school teacher, romance editor, and podcaster. She lives with her husband, three children, and overly enthusiastic dog outside of Chicago. She has volunteered as a rape victim activist for more than ten years, including providing direct service as an advocate in hospital ERs. She is a founding member of the Voices and Faces Project, a nonprofit organization for rape survivors that conducts an international survivor-based testimonial writing workshop.