Review: Falling for You by Caisey Quinn 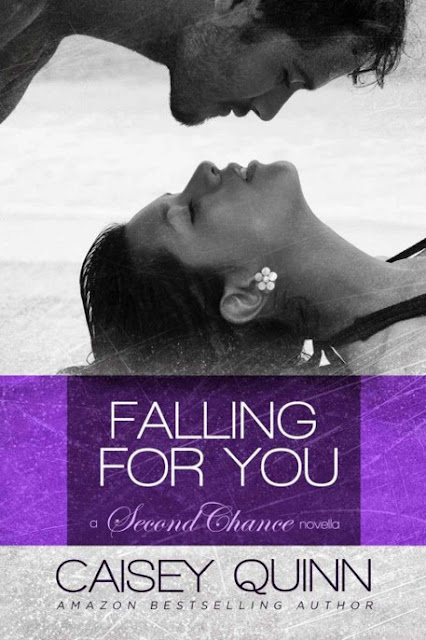 Fate Buchanan is about to marry her college sweetheart. That is until a last minute change of plans leads her straight into the arms of a sexy stranger.

*This is the prequel novella to Falling for Fate and can be read as a stand alone.

*Downloaded the kindle book for free on Amazon

I haven't read the first book in this series but I like that each release features a different couple, and it's great that from this novella I had the chance to experience all that Fate went through leading up to the full length 'Falling for Fate'.

From start, it was obvious getting married wasn't something Fate should be doing, especially to a guy like Trevor. He was a moron. The king of all morons. And I can't believe her friend betrayed her like that. I knew Melissa wasn't for Fate going through with the wedding, but I had no idea there was something else going on. Anyway, happy that Fate found out just what those two were really like, even though it took that shocker for her to realize she shouldn't marry Trevor. I wish she had drawn conclusion from way before, when he kept pressuring her for sex. Like hello, warning bells!

I wouldn't have done what she did afterwards on the beach, but in seeing things from her perspective and understanding her life, how she didn't want to be a certain kind of woman, I guess I could understand why she'd choose to do that. And Dean does seem like a good guy. Hope he makes me melt in the continuation of their story, because I'll definitely be reading Falling for Fate to find out what happens next between the two. I'm also looking forward to how Fate sorts out her life. Great intro to what seems like a great love story!

About the Author
Caisey Quinn lives in Birmingham, Alabama with her daughter and other assorted animals. She is the bestselling author of the Kylie Ryans series as well as several New Adult and Contemporary Romance novels featuring southern girls finding love in unexpected places.

You can find her online at www.caiseyquinnwrites.com.
She is represented by Kevan Lyon of the Marsal Lyon Literary Agency.