Review: The Flip Side by Shawn Johnson 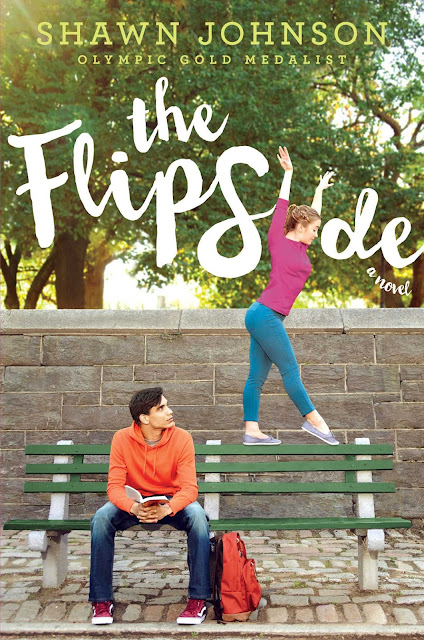 From gold medalist and reality TV star Shawn Johnson comes a debut YA novel inspired by her own experiences as an elite teenage gymnast—just in time for the Summer 2016 Olympic games.

Charlie Ryland has a secret.

She may seem like your average high school sophomore—but she’s just really good at pretending.

Because outside of school Charlie spends all her waking hours training to become one of the best gymnasts in the world. And it’s not easy flying under the radar when you’re aiming for Olympic gold… especially when an irresistible guy comes along and threatens to throw your whole world off balance.

*Received a copy from the publisher in exchange for an honest review.

Gymnastics is one of my favorite events in the Olympics aside from track and field. I liked Shawn Johnson's performance in 2008 and found her to be quite amazing, so when I learned she was releasing a YA novel that would incorporate her experience as an elite gymnast I knew I had to read it.

The Flip Side was a good debut. The story surrounded all things gymnastics, as expected. Charlie's character not only depicted what it was like to have gymnastics as the center of her life, but we also got a sense of how hard it is to be an athlete, how much work and dedication you have to give, and how it impacts your family. Charlie was one of the best in her sport, but with all the training and living and breathing gymnastics, she reached a point where she wanted one some speck of normalcy. Hence, why she convinced her parents to let her attend public school. But being an elite gymnast and an Olympic hopeful brings the kind of spotlight that not a lot of people want, and Charlie wanted to avoid that by keeping the athletic side of her a secret.

I totally understand why she would separate the two worlds. I mean, people can be fake and you never know who to trust or who wants to be seen with you in order to gain popularity. That was a justifiable reason to keep it all a secret, but I just didn't get why Charlie couldn't tell Zoe, her supposedly best friend. She lied to Zoe over and over and never even invited the girl to her house. It baffled me throughout the entire story because clearly Zoe was someone Charlie could trust, yet she kept an important part of her life from her friend. That was sad to me, and nothing Charlie said made it acceptable. Zoe was a great friend, and she didn't deserve being lied to. The same for Bobby.

Bobby was also a star athlete and the one person that could relate with Charlie the most. She could have told him everything and he'd understand, because he knew what it was like to have so much pressure and want more than anything to reach your goals. But she kept gymnastics from him as well. It just didn't make any sense to me why she carried on lying to him and Zoe. No sense at all. I mean you just knew things were bound to explode and people would be hurt.

Another thing I had an issue with was the descriptions about different moves while Charlie, Gwen or other gymnasts were practicing. Again, I love to watch gymnastics, but reading every detail about each technique and such isn't as entertaining. I couldn't visualize the scenes; it's better and more fun to watch.

Overall, a nice story with a few bits of drama and a young girl trying to balance her life. Fans of gymnastics and Shawn Johnson altogether will appreciate this release, and I hope she does write more books. 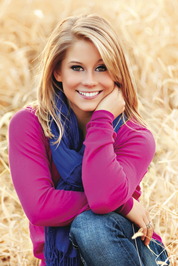 Shawn Johnson has accomplished a lifetime of achievements that include winning four Olympic medals, writing a New York Times bestselling memoir, starting her own business, and establishing a career in broadcasting.
Johnson is a 2007 World Champion gymnast, a 2008 Olympic women’s gymnastics gold and silver medalist, and a 2006, 2007, and 2008 gymnastics National Champion—all titles she attained by the time she turned sixteen.
At the age of seventeen, she became the youngest-ever contestant on ABC’s eighth season of Dancing with the Stars, and in May 2009 she was crowned champion.
www.ShawnJohnson.com

Posted by Shane @ItchingforBooks at 11:25 AM